K-Pop Label Behind BTS Partners With Upbit in NFT Push 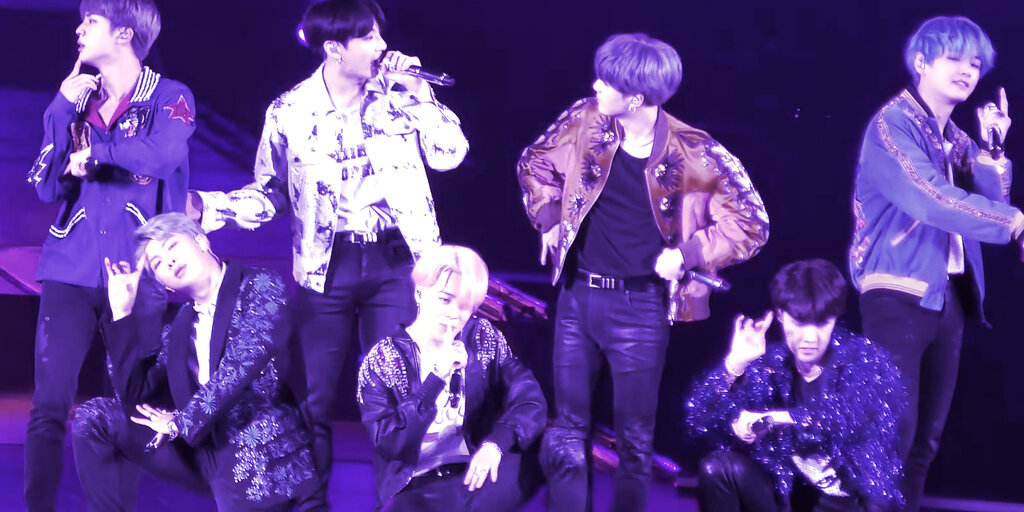 Hybe, the South Korean label behind K-Pop group BTS, is teaming up with the country’s largest crypto exchange, Upbit, to launch a non-fungible token (NFT) business.

Entertainment giant Hybe is buying up a 2.5% stake in Upbit’s parent company Dunamu and issuing 2.3 million shares, giving Dunamu a 5.6% stake in Hybe, according to a regulatory filing.

The joint venture company plans to launch a range of NFTs based on Hybe’s roster of artists, which include BTS and fellow K-pop group TXT.

“We are working with Dunamu to create a way to expand the fan experience,” said Hybe chairman Bang Si-hyuk in an online briefing. “We will bring together the capabilities both companies have built up so far to introduce a new and exciting innovation to the global music and fintech industries.”

NFTs, or non-fungible tokens, are cryptographically unique assets that are linked to digital content such as images or videos. The music industry has been quick to embrace NFTs, with artists including Timbaland, Grimes, 3LAU, and Kings of Leon experimenting with the technology.

The seemingly-unstoppable rise of BTS has seen the K-pop act release 2020’s global bestselling album, while in the first half of 2021, they became the top-selling artist in the U.S. in total CD album sales, outperforming Taylor Swift.

But fans of the band, who style themselves ARMY, have taken to Twitter to criticize Hybe over its NFT plans.

Using hashtags such as #BoycottHybeNFT and #ARMYsAgaistNFT, BTS fans have argued that the blockchain-based technology’s environmental impact runs counter to the boyband’s stance on the environment. Speaking at the UN earlier this year, for example, BTS described climate change as an “important problem.”

All I know is that this goes against in everything BTS have spoken about on their platform at the UN. #BoycottHybeNFT #ARMYsAgainstNFT pic.twitter.com/GzPusOrEfA

The majority of NFTs are based on the Ethereum blockchain, which uses a proof of work consensus mechanism that has come in for criticism over its energy consumption and carbon footprint; earlier this year, a series of NFTs based on the film Dune sparked a backlash from fans, who noted the incongruity of a film based on a book with an “ecological allegory” at its heart using a resource-intensive technology.

NFTs could be set to clean up their act, however.

Some NFT platforms such as Zora and Nifty Gateway have launched carbon offset initiatives to offset the environmental impact of their wares. And a growing number of NFTs are being built on blockchains that use the less energy-intensive proof of stake consensus mechanism, such as Solana and Cosmos. Meanwhile, Ethereum itself is gearing up to switch to proof of stake with its impending Ethereum 2.0 upgrade.

Main image by I DARE U JK licensed under CC BY 3.0