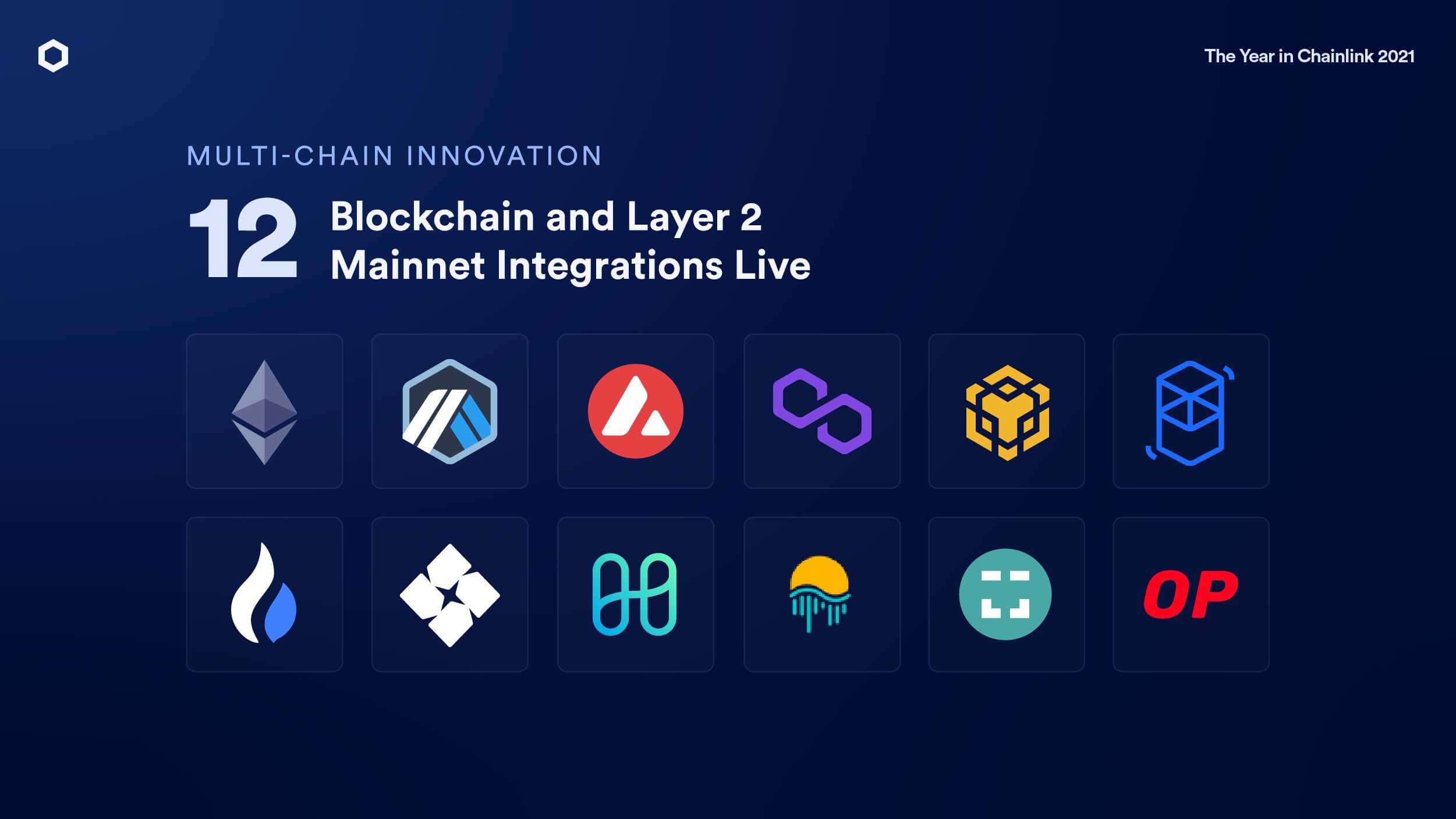 During the past year, the increasing adoption of Chainlink Data Feeds was accompanied by the network’s release of new computation-based services–leading to a surge in the total number of integrations.

The Chainlink ecosystem entered 2022 with over 1.000 projects, and half of all integrations took place in 2021, according to the protocol’s recent yearly report.

At the beginning of 2021, Chainlink secured a total of $7 billion across the blockchain ecosystem, and 12 months later–TVS topped $75 billion.

With currently over 700 decentralized oracle networks that are publishing data across numerous independent blockchains, the most used datasets by DeFi applications include financial market prices in the form of Price Feeds.

During the past year, Chainlink launched multiple services that provide various blockchains with secure and trust-minimized off-chain computation. 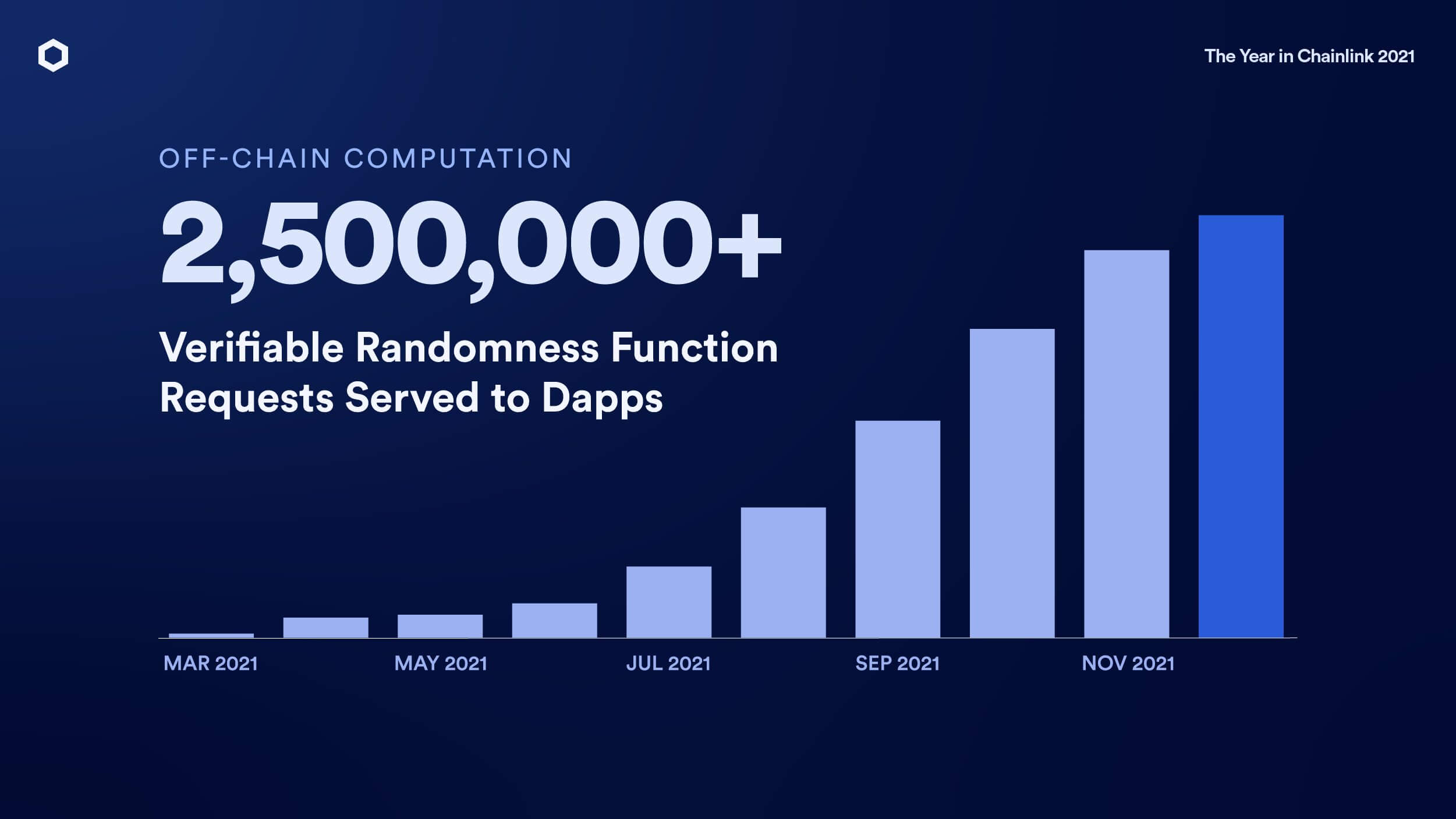 Chainlink Keepers were also added in 2021–further expanding the support for off-chain computation while enabling developers to outsource and simplify DevOp tasks.

By doing so, the network successfully and securely delivered over 1.1 billion data points on-chain. 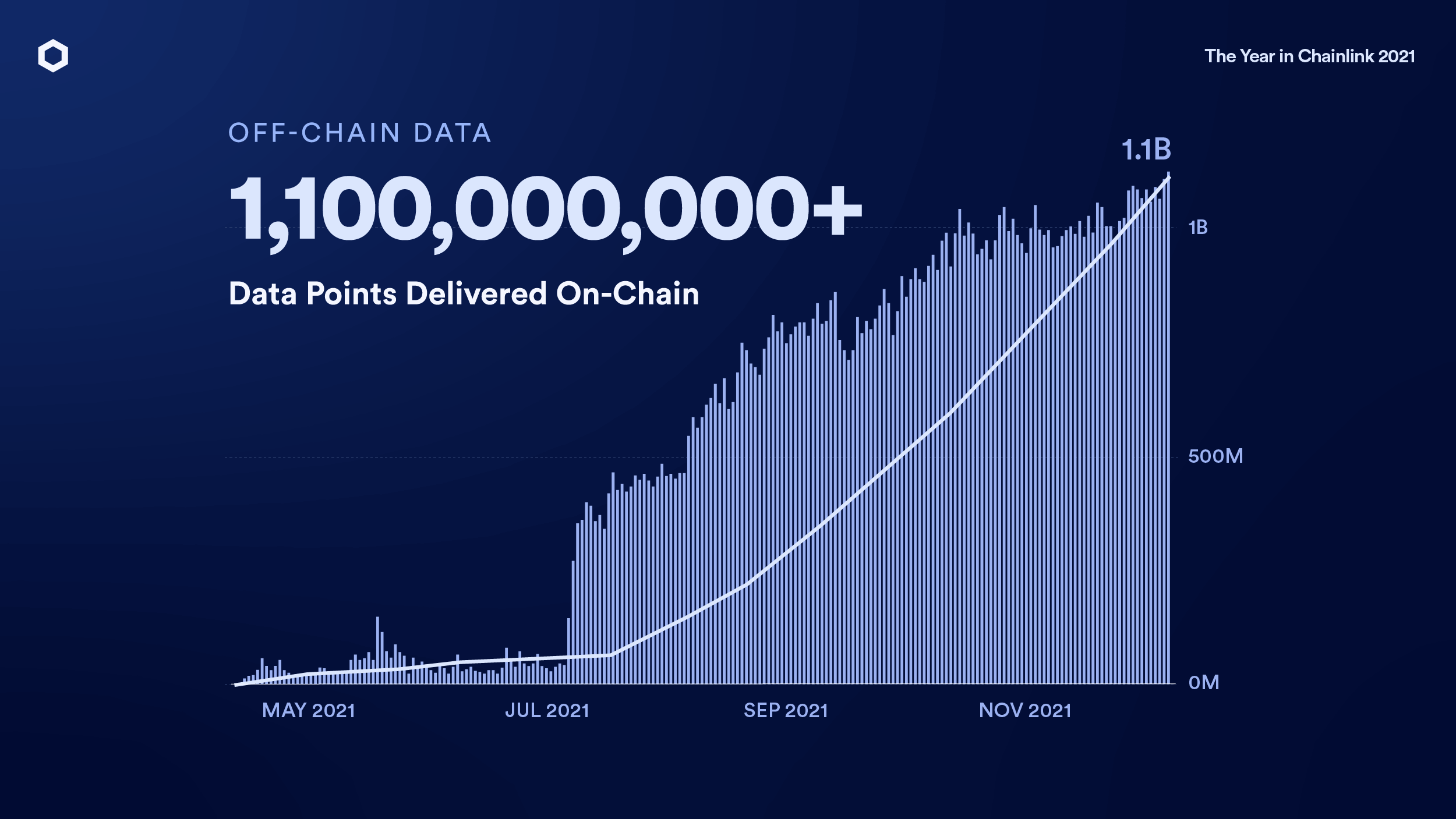 In 2021, global enterprises, such as the Associated Press, AccuWeather, and Amazon Web Services, started using Chainlink as their “gateway to the blockchain economy.”

As more data becomes available on-chain, new hybrid smart contract use cases will arise, which is expected to drive the value secured up.