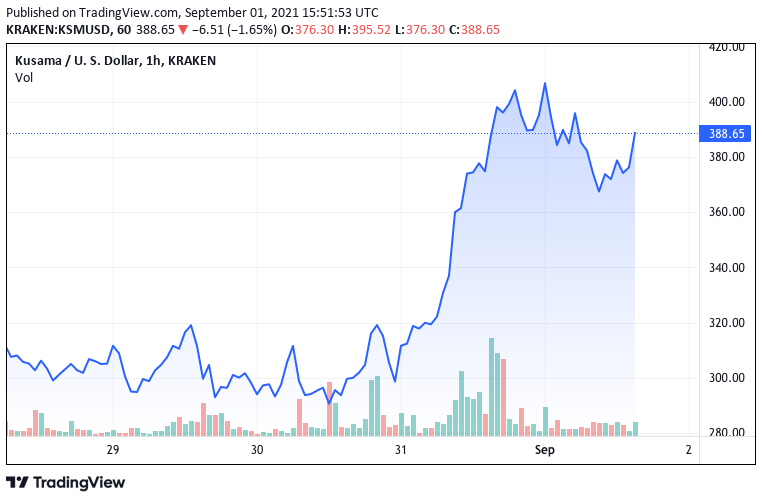 KILT Protocol’s crowd loan has hit the maximum cap of 220,000 KSM during Kusama‘s 6th parachain slot auction. As the cap was reached before the auction’s end on September 3rd, further voting for KILT was disabled.

BREAKING:
KILT’s crowdloan has hit our max cap of 220,000 KSM very quickly, and further voting for KILT is not possible.

Thanks for your tremendous support!

On Wednesday the 8th of September at 11:00 GMT, we will know who won slot #6 of the @kusamanetwork parachain auctions.

While the Kusama Network won’t announce who won slot number 6 in the auction until September 8th, the huge participation and oversubscription KILT has seen makes it a likely winner of the parachain slot.

An innovative identity solution is behind Kusama’s most oversubscribed auction

KILT is a blockchain protocol for issuing self-sovereign, anonymous credentials, and decentralized identifiers. The protocol is being developed by BOTLabs GmbH, a company founded by Ingo Rübe backed by Hubert Burda Media and Ringier AG.

In 2018, KILT was among the earliest adopters of Substrate, a modular system created by Parity Technologies. Substrate’s seamless integration with Polkadot made the blockchain a perfect match for the technically demanding KILT network and the company decided to test out the environment by first launching on Kusama.

Kusama is the perfect sandbox environment for projects that want to launch on Polkadot as they share the same codebase.

Both allow projects to form parachains, or independent blockchains running over their underlying architecture with their own set of codes, tokens, and rules. Projects that want to launch on parachains are selected through an auctioning process, which requires the Kusama community to pledge KSM tokens in support of a particular project.

The company launched its Kusama voting on August 27th, managing to reach over 12,000 contributors in just five days. If the protocol wins the auction, it will receive an 8-period slot and secure the lease over the parachain for 48 weeks in total.

The huge surge in activity Kusama’s 6th parachain slot auction has seen caused a massive spike in KSM’s price. The token jumped over 30% since August 30th, reaching a high of over $407 before consolidating at around $391 on September 1st.