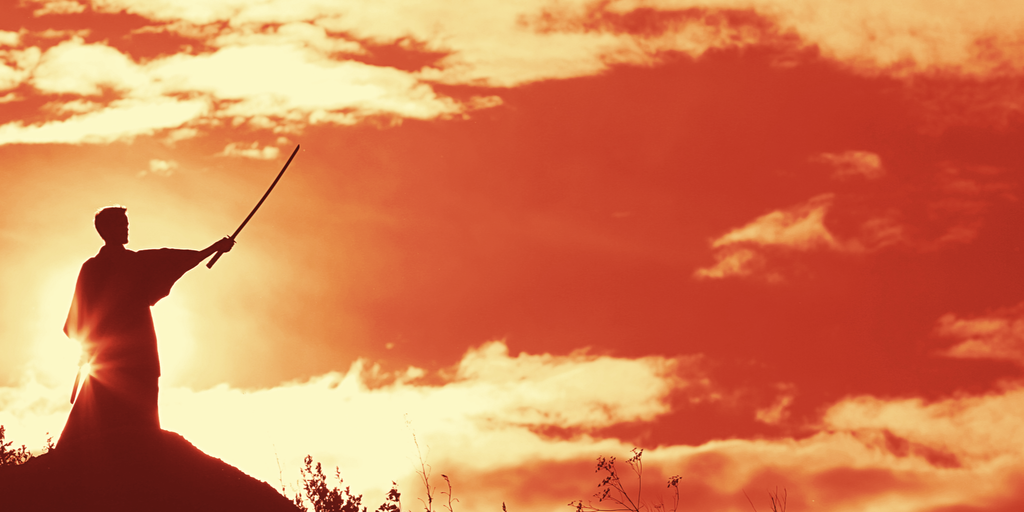 At an Ethereum conference this summer, I encountered a PR firm that was trying to do an interesting thing. The company was partially transforming itself into a decentralized autonomous organization, or DAO, an increasingly popular kind of entity that is governed by financially incentivized token holders, often via a set of rules encoded on the Ethereum blockchain.

It would be a new kind of business, with each of the firm’s employees wielding influence through votes, allocated proportionally to the amount of tokens held. Decisions like partnerships and the wording of press releases would be approved only with a supermajority of votes, and profits derived from any work undertaken would be paid out from a jointly controlled treasury, and split evenly among members.

EXCLUSIVE: The inside story of Spankchain

It was that last point, however, which seemed to have become the cause of some confusion. When I put it to the founder that she would be making the same amount of money as her subordinates, instead of the generous executive salary she was used to, she spoke with a hint of dismay.

“Yes,” she ruminated. “That is something we’ll have to figure out.”

She had, in effect, unwittingly transformed her company into a worker-owned cooperative—and it would be a hell of a task to put things back in their proper, hierarchical order.

Revenge of the DAOs

But jettisoning hierarchical order is the core appeal of DAOs, which in practice function like cooperatives on steroids, delegating every act of the enterprise to the will of the collective and enforcing financial decisions via self-executing smart contracts. And they are far more numerous today than they were five years ago, when a $60 million hack of the first DAO—known as just The DAO—put the notion into disrepute.

Now, DAOs are on the rise again.

Gitcoin, a company initially funded by Ethereum studio ConsenSys (which also funds the editorially independent Decrypt), is now itself a DAO. It recently fielded responses from 678 people across the DAO ecosystem, representing over 200 cities worldwide, many of them in China. Half the people (mostly, alas, 20- to 40-year-old males) said they relied largely on DAOs as their primary source of income, and those in the most successful DAOs were earning up to $7,000 a month, often working for multiple DAOs across a range of roles. The report found that DAOs were principally funded by token sales, private investors, NFT sales, and membership fees.

How much the rise of DAOs was hastened along by the pandemic, which forced people to learn how to work remotely, is impossible to say. Much has been written about “The Great Resignation,” the phenomenon that describes the record number of people quitting their jobs.

Regardless, these days the new entities are legion. DAOHaus is dedicated to the production of other DAOs; Bankless DAO is “a decentralized community driving adoption and awareness of bankless money systems like Ethereum, Bitcoin and DeFi;” MetaCartel Ventures distributes interest-free grants to Ethereum projects and has spawned its own merch DAO called MetaFactory, among others; Friends With Benefits describes itself as an exclusive “underground” club for Ethereum thinkers and creatives; Hero DAO buys up expired IP for comic book characters; Yang DAO raised money for the perennial political campaigns of Andrew Yang.

Kevin Owocki, who compiled the Gitcoin research, estimates that there are at least 1,000 full-fledged DAOs. Other companies are moving in that direction, too, delegating funds to jointly owned “multisig” wallets governed by token-holder voting. Of that latter group, Owocki reckons, there could be around “10,000 plus.” “There’s been a Cambrian explosion of new DAO models,” says Ameen Soleimani, the founder of crypto-porn company Spankchain and an influential figure in the DAO world. “They’re not going away, and are only getting more useful. Really, it’s just a fancy way of saying, ‘clubs,’ but imagine having military grade communications and technology powering your club—that’s where we’re at. It’s an unlock of human coordination potential.”

Soleimani was the inventor of the DAO that was arguably at the heart of the renaissance: MolochDAO.

That DAO, launched in February 2019, was named in reference to an essay about the Allen Ginsberg poem Howl. It’s an attempt at a game theoretical solution to the “coordination problems” that Soleimani believes afflict traditional companies. It most prominently features a “ragequit” function, named after the phenomenon of players in online video games logging off in a huff when they are doing badly, and it allows any DAO member to leave at any point with their share of the DAO’s treasury—think of it like an automated, instantaneous severance package.

Many people think that token holdings are a more powerful, direct form of equity than common stock. It is the prospect of those holdings appreciating that, Soleimani argues from experience, motivates good work and loyalty to the DAO.

Aligning incentives with a token

So far, Soleimani’s instincts appear to have proven mostly correct, and MolochDAO has become a blueprint for a host of new DAOs which forked Soleimani’s code.

“It aligns the incentives really well,” says Spencer Graham, who freelances as a product manager for a MolochDAO fork called RaidGuild, which boasts a $200,000 treasury and provides software engineering services, mostly to other DAOs. Members of the DAO communicate on Discord, what he calls “the social layer.” (He says while there is no formal hierarchy, certain individuals may naturally assume a leadership position via this social layer.)

Graham used to work for an upscale tech firm in Chicago and now makes roughly the same amount from RaidGuild, but finds it substantially more freeing. “What keeps it all tied together is ownership,” he says. “As a member I co-own what’s happening, and I have a lot of flexibility. But I am also incentivised to see things through and make sure the DAO is succeeding.”

Other members of RaidGuild tout the benefits of being able to work under pseudonyms. “Tae,” an anon whose Telegram avatar is a pic of a gloriously naked Jack Black from the film “Nacho Libre,” says that DAOs allow people to “work and build a reputation on the merits of their work, not who they are.” He adds, “There are no judgements on who I am, or what I look like—it’s just, ‘show me the code.’” Tae also loves the sovereign control he exerts over other aspects of his work. “We have the power to exit at any time with no questions asked and everyone respects that,” he said. He has around 1,820 shares in his DAO, meaning he could ragequit with around $5,000, at time of this writing. “It’s a way of leaving without gossiping or bitterness,” he said. “It’s just the way you put in your two weeks notice.”

(Soleimani himself rage-quit MolochDAO, taking $6,000 dollars’ worth of shares, a move you can see preserved on the Ethereum blockchain. The small blow to the DAO’s treasury was worth the drama-free departure, he said, and his takings are now worth around $102,000)

But starting a DAO from scratch is one thing—transforming a more traditional company into a DAO, as many in the Ethereum world are trying to do, has proved more complicated.

Some of the problems come down to quirks of having large portions of one’s company delegated to self-executing smart contracts which cannot be overridden by individuals. When, for instance, MakerDAO, one of the oldest DeFi projects and a mainstay of the Ethereum world, tried to turn itself into a DAO, it required its members to vote to receive their first paycheck. But participation for the budget proposal was painfully low, and slow, and things haven’t gotten much better since. The result is that MakerDAO’s employees are often left in limbo, and unable to pay themselves, as they wait for votes on budgetary matters to be completed.

Clearly, as with our friend at the PR firm, people don’t always know what they’re getting themselves into when starting a DAO. And for those who worry about legal protections, joining a DAO is still dicey. Wyoming alone allows DAOs to incorporate, though there are some fairly experimental legal structures.

Death of the company?

The strictures of the traditional alternative—the good old-fashioned company— with its guaranteed pensions, salary, parental leave, healthcare, and legally enforceable rights, remain preferable for many. (According to today’s Gitcoin report, half the respondents still rely on a regular job for income.)

Still, a new way of doing business is emerging. But how far can it go? Will DAOs replace the traditional, hierarchical companies and become the way people organize to do their work?

Soleimani says that DAOs are simply a natural and logical outgrowth of Ethereum. “There is no real need for paperwork; it doesn’t need a banking charter; it doesn’t have to incorporate itself as a non-profit,” he said. “I think the best way of describing a DAO is as a group chat—a group chat with a bank account.”

I thought back to the PR firm that turned itself into a DAO, accidentally disenfranchising its boss. If crypto developers have stumbled upon a mechanism that doesn’t, for once, enrich a minority at the expense of everyone else, well, I’m all for it.

In the meantime, Decrypt: you can expect my invoice in the usual manner.