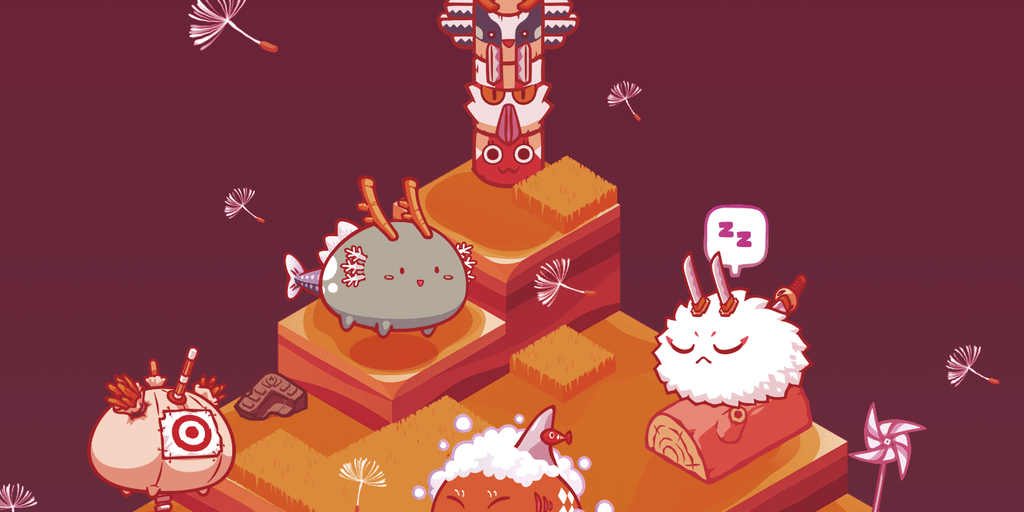 With NFT-driven games heating up so far in 2021, developer Sky Mavis announced today that it has raised a $7.5 million Series A funding round to support Axie Infinity, its Ethereum-based, Pokémon and Tamagotchi-inspired monster collecting and battling game.

Not only has Sky Mavis brought in a significant chunk of money to expand and scale the game, which has seen rising player and trading volume figures in recent months, but the developer also courted some major celebrity investors. The list is headlined by billionaire investor and Dallas Mavericks team owner Mark Cuban, as well as Alexis Ohanian, co-founder of Reddit and founder of venture capital firm Seven Seven Six.

“I think Axie is an amazing platform. It’s fun and engaging. It’s a game you want to play for hours on end,” said Mark Cuban, in a release. “Add the Axie economy and you have something special. I’m excited to be part of it.”

Axie Infinity’s “play-to-earn” model rewards players for investing time and money into the game, which sees them breed and battle cartoonish monsters. According to the studio, the game has more than 41,000 daily active users amongst more than 45,000 people who own Axie monsters, plus the game’s monthly NFT trading volume has exceeded $15 million of late.

An NFT is a deed of ownership to a digital item, and while artwork, video clips, and trading cards have been among the most popular NFTs amidst the recent boom—which saw some $1.5 billion in total trading volume in Q1 2021 (via DappRadar)—in-game items have also seen an increase in value and attention.

Alongside blockchain-driven games like Sorare and The Sandbox, Axie Infinity has also generated headline-grabbing, high-value NFT item sales in recent months. For example, in February, a set of nine plots of in-game Axie Infinity land sold for approximately $1.5 million in Ethereum (ETH). Sky Mavis previously raised $860,000 in November via a sale of its AXS governance token.

Sky Mavis plans to use this new Series A funding to lower the barrier to entry as Axie Infinity grows, with the game’s newly-launched Ronin sidechain for Ethereum helping to cut down fees. The studio is also expanding its team and hiring experienced developers from the traditional game world to make Axie Infinity “more fun,” and seeks to further scale the play-to-earn approach with the help of advertisers and sponsors.

Axie Infinity already had a high-profile backer in major game publisher Ubisoft, which supported Sky Mavis via its Entrepreneurs Lab accelerator program and recently served as a validator for the Ronin sidechain. Now with NFT enthusiast (and Dogecoin fan) Cuban throwing his weight behind the game, along with Ohanian and many other notable investors, this leading Ethereum experience could soon find a much wider audience.