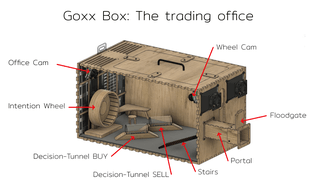 Trading crypto can be a dicey affair at the best of times. But when a hamster surpasses your performance, perhaps it’s time to reassess your trading strategy and execution.

That’s right, Mr. Goxx, via his custom trading office, can select crypto assets and place buy and sell orders. And while he got off to a shaky start, he’s been getting better returns than the S&P, Nasdaq, and Berkshire Hathaway since late July.

“Mr. Goxx is a hamster living in a loving and caring environment. Unlike other hamsters, he owns a fully automated high-tech trading office, directly connected to his normal hamster-friendly home (he can enter and leave it whenever he wants).”

As bizarre as that sounds, the use of animals in predicting future events is nothing new. While some say there’s a random element to the outcomes, there comes the point when consistently accurate calls suggest there’s more going on than pure chance alone.

Animals have been used to predict the weather for generations. For example, some farmers say they know rain is coming when their cows lie down in the fields.

Scientists who’ve studied the phenomenon say cows are sensitive to changes in air pressure. And when such changes are detected, they respond by lying down in a dry spot.

More recently, the use of animals to predict football results has gained traction. The most famous case is Paul the octopus, who had a knack for correctly picking winners in the 2010 World Cup.

Keepers would present Paul with two identical boxes, representing the two teams to play. Each contained the same amount of food. Whichever box Paul chose to eat from first was considered his prediction as to the winner.

“Without a single incorrect prediction – the chances of which were 1 in 256 – Paul was lauded across the world.” 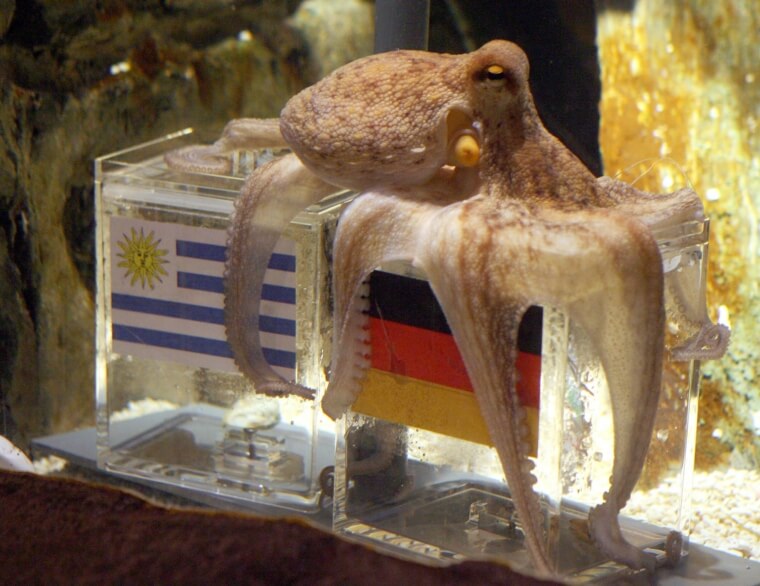 Now, it seems the humble hamster is making waves in the spooky world of divination.

Mr. Goxx, the hamster, can trade by selecting one of 30 available crypto assets by running on the decision wheel in his trading office. This is followed by a decision to buy or sell via moving the appropriate buy or sell decision tunnel.

The information is sent to a live trading platform via an API connection to place real money trades.

“Mr. Goxx has so far generated profits of 77 euros as of Friday afternoon. Its portfolio hit a high of nearly $580 in mid-September, when its performance was up nearly 50% in less than three months.”

His top holdings are Tron, XRP, ADA, and Ether.