Miami Will Start Giving Some of Its Residents Free Bitcoin: Mayor Suarez 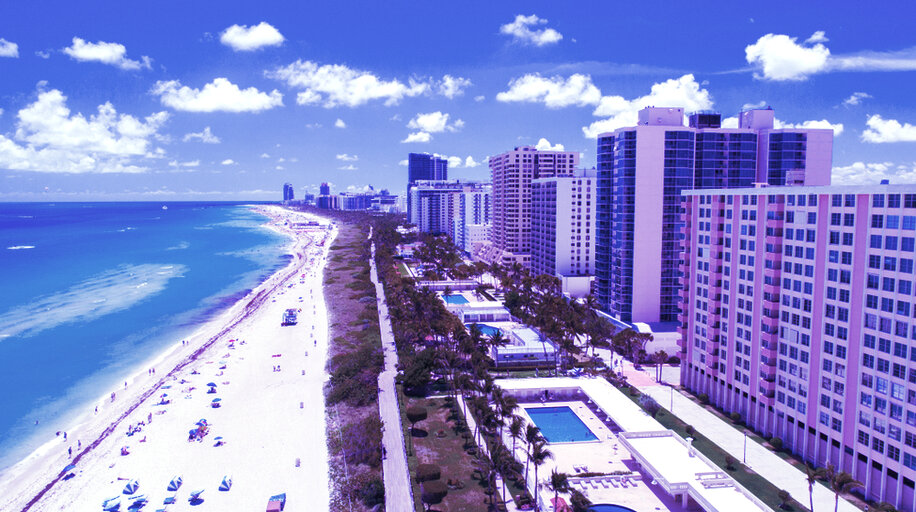 Miami Mayor Francis Suarez has again raised the stakes as to which city in the U.S. will become the country’s crypto hub.

Suarez announced today on CoinDesk TV that the city would be staking (i.e. locking up cryptocurrencies to earn yield) a large portion of its native cryptocurrency, MiamiCoin, to earn yield in Bitcoin. What’s more, he said Miami will be “the first city in America to give a Bitcoin yield as a dividend directly to its residents.”

Previously, only holders of MiamiCoin could earn any kind of crypto return, be it STX, the native cryptocurrency for the Stacks protocol on which MiamiCoin is built, or Bitcoin.

Now, according to today’s announcement, residents will be given a Bitcoin wallet and receive free BTC regardless of whether they hold MiamiCoin or not.

First revealed on August 3, 2021, MiamiCoin allows residents to essentially invest in different projects and infrastructure for the city. The funds received in exchange for the crypto are diverted to the city’s treasury, and so far, Miami has already generated $21 million since MiamiCoin launched, according to Suarez.

New York City and Austin are two other American cities that have launched similar ventures. CityCoins is the crypto project that is providing the technical backing for these projects. CityCoins is built on Stacks, another protocol that allows for smart contracts on the Bitcoin network.

It is through these smart contracts, which are essentially just lines of computer code, built on Bitcoin that Mayor Saurez said he will be able to stake MiamiCoin and give citizens Bitcoin.

“We’re going to create digital wallets for our residents,” said Suarez. “And we’re going to give them [some] Bitcoin directly from the yield of MiamiCoin.”

From MiamiCoin to Bitcoin

He went on to say, however, that determining who gets a digital wallet “is going to be a challenge.”

Suarez said he wasn’t sure whether it would be taxpayers, citizens with an address in Miami, or if it should be people who voted in the city that get a wallet (and some free Bitcoin).

After that, he said that the city would work with a variety of crypto exchanges to help eligible citizens get their wallets, set up accounts, and prevent fraudsters “just moving to Miami to get Bitcoin.” He did not specify which exchange was in the running to service the project.

The ultimate end, according to Suarez, is to get Bitcoin into the hands of more and more people. “We need to make that leap,” he said.

“Yes, Bitcoin is increasing in value. And yes, we want you to hold Bitcoin. But at the same time, we also want to increase the utility of Bitcoin.”