MicroStrategy May Sell $1 Billion in Stock to Buy More Bitcoin 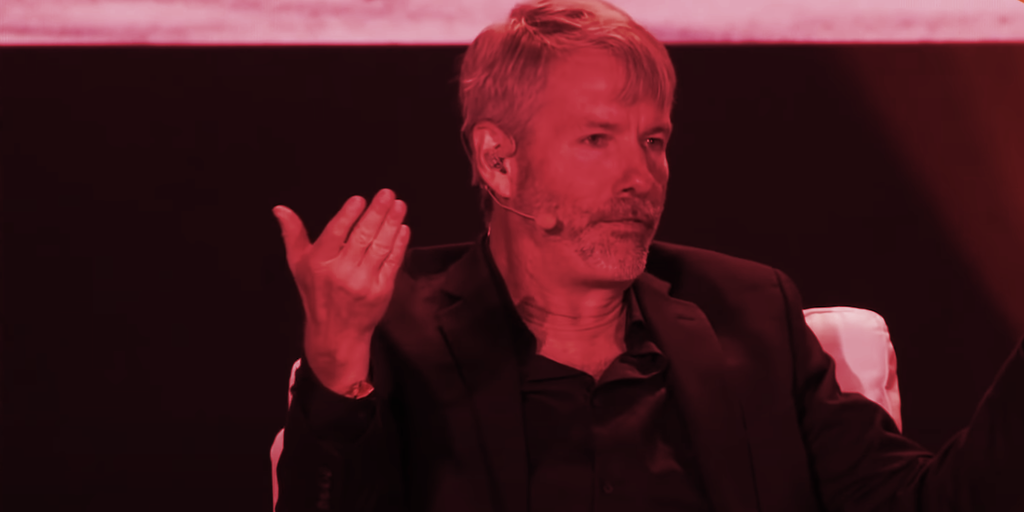 Stop us if you’ve heard this one before.

MicroStrategy may be gearing up to buy more Bitcoin—as much as $1 billion worth.

The cloud software company today filed paperwork with the Securities and Exchange Commission (SEC) for a proposed public sale of class A common stock via an Open Market Sale Agreement. This type of open-ended agreement allows the firm to sell stock “from time to time” depending on its needs.

MicroStrategy Launches “At the Market” Securities Offering for Flexibility to Sell Up to $1 billion of its Class A Common Stock Over Time $MSTRhttps://t.co/qouK8pFmBF

“We intend to use the net proceeds from the sale of any class A common stock offered under this prospectus for general corporate purposes, including the acquisition of bitcoin,” the firm wrote in the filing.

Though MicroStrategy doesn’t definitively say it will use the proceeds to purchase Bitcoin, that’s been the firm’s modus operandi since CEO Michael Saylor caught the BTC bug last year. The firm owns 92,079 BTC ($3.7 billion), which accounts for the majority of its treasury. It sold $500 million in corporate debt last week so it could add to that total.

The risky strategy has caught the firm some flak—and the “forward-looking statements” section of the SEC filing show it’s well aware of that.

“The concentration of our bitcoin holdings enhances the risks inherent in our bitcoin acquisition strategy,” it writes, adding: “Servicing our debt will require a significant amount of cash, and we may not have sufficient cash flow from our business to pay our indebtedness.”

Of course, every company faces risks. But MicroStrategy is living through it. Since buying its initial 21,454 Bitcoins for $11,653 apiece in August, the price of the cryptocurrency has yo-yoed, at first all the way up to $63,498 in April before freefalling to under $33,500 in June. The price is now hovering around $40,000, according to Nomics, making MicroStrategy’s initial purchase a relative steal.

But it warns any fresh round of volatility for Bitcoin would push down the price of its stock, which is an increasingly correlated asset, while also making it difficult for the company to cash out and right the ship in time.

That begs the question: If you’re selling debt and stock to buy Bitcoin, is there any cash left?