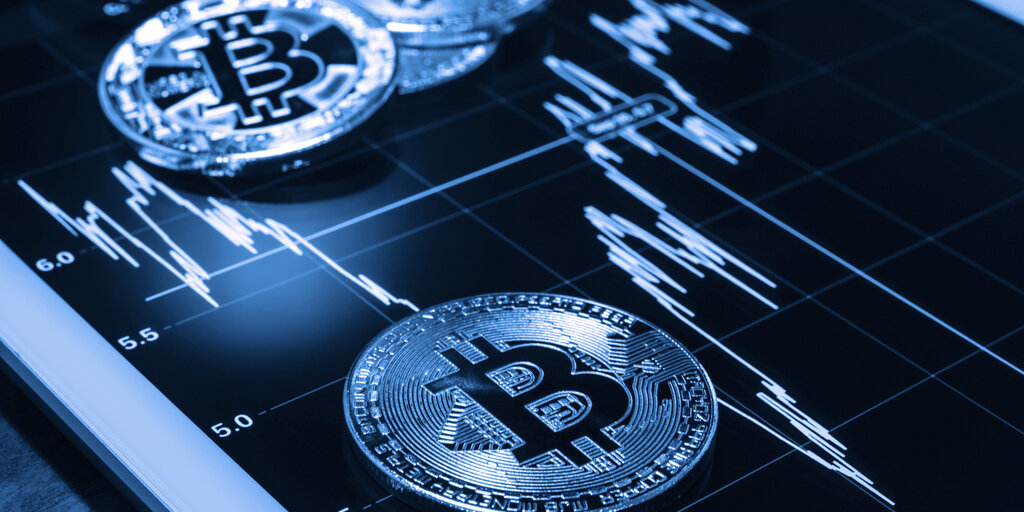 A filing with the U.S. Securities and Exchange Commission (SEC) published on Monday has revealed that the Morgan Stanley Europe Opportunity Fund owned roughly $880,000 worth of Grayscale Bitcoin Trust (GBTC) shares as of April 30.

Per the NPORT-P (a monthly portfolio investments report) filed with the SEC, Morgan Stanley’s investment fund held at least 28,289 GBTC shares on April 30. At the current price of $31.13 per share, this amounts to $880,636.

However, at the time the document was filed, the reported price of shares was estimated at $1,325,339. This is because the value of Grayscale Bitcoin Trust shares is directly tied—unsurprisingly—to Bitcoin’s price. On April 30, BTC was trading at around $54,000-$56,000, according to crypto metrics platform CoinGecko, but has slid down to around $35,000 since then.

The SEC filing also showed that the fund’s Bitcoin investment amounts to around 0.5367% of its total net assets. Additionally, the “payoff profile” was reported as “long,” suggesting that the shares in question are viewed as a long-term investment.

According to its website, the Morgan Stanley Europe Opportunity Fund “seeks to maximize capital appreciation by investing primarily in high quality established and emerging companies located in Europe that the investment team believes are undervalued at the time of purchase.”

What is the Grayscale Bitcoin Trust (GBTC)?

Grayscale Investments is currently the largest crypto asset manager in the world. According to the company’s latest report, Grayscale currently has $31.5 billion worth of various cryptocurrencies under its management.

The firm’s Bitcoin Trust is the biggest by far, amounting to $23.16 billion. It is followed by the Grayscale Ethereum Trust with $6.82 billion. Other crypto-focused funds launched by Grayscale currently account for anywhere between $369 million and $3 million.

06/29/21 UPDATE: Net Assets Under Management, Holdings per Share, and Market Price per Share for our Investment Products.

Recently, investment firm ARK Invest similarly tapped Grayscale to take advantage of Bitcoin’s price dip. On June 24, as the price of BTC dropped below $30,000, the company bought 1,046,002 GBTC shares for a total of around $29 million. This purchase has boosted ARK’s GBTC holdings to 8.6 million shares ($238.9 million).

GBTC: Everything You Need To Know About The Grayscale Bitcoin Trust

However, ARK Invest and Morgan Stanley appear to be swimming against the tide; according to a recent report by crypto analytics company Glassnode, institutional investors are losing interest in the Grayscale Bitcoin Trust, with GBTC shares trading at a significant discount—meaning that their price is lower than the current value of BTC they represent.