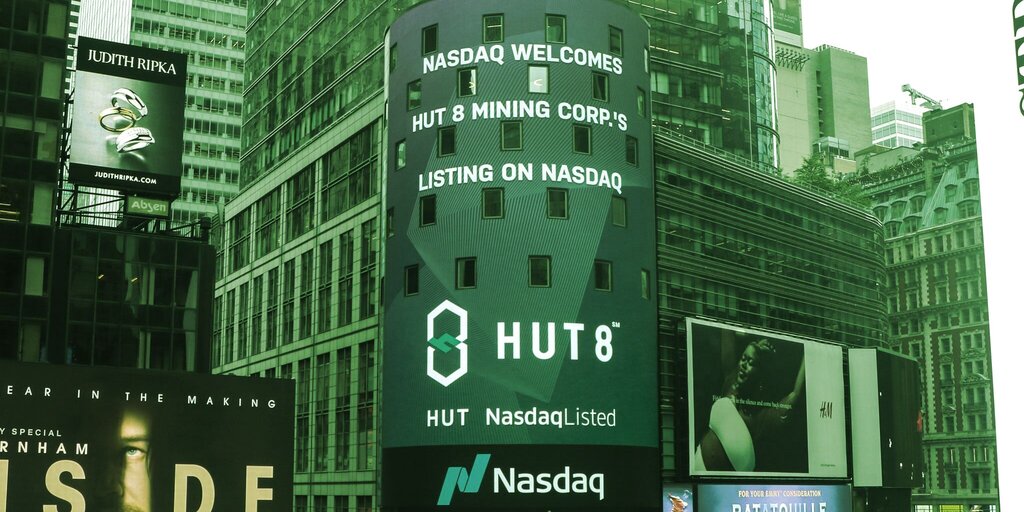 Canadian crypto mining company Hut 8 Mining is now trading on the Nasdaq, with shares trading under the ticker HUT.

Hut 8 shares offer Nasdaq’s traditional investors exposure to cryptocurrency markets without owning crypto. But that doesn’t mean it won’t face the same risks. Not only is the company on the front lines of the crypto market, but it also holds 3,500 Bitcoin, roughly $138 million, on its balance sheet.

Hut 8 has only mined Bitcoin since its launch in 2011. But it will start mining Ethereum as of this week, Sue Ennis, head of corporate development and investor relations at Hut 8, told Decrypt. It makes Hut 8 the first publicly traded North American mining company with a diversified portfolio—Nasdaq-listed miners Riot Blockchain and Marathon Digital Holdings are Bitcoin-only.

Hut 8 has only mined Bitcoin up until this week. Coinciding with the Nasdaq listing this week is the company’s Ethereum mining branch-out. In March, Hut 8 purchased $30 million worth of Nvidia’s crypto chips to mine Ethereum, and the company is installing them all this week.

But Ethereum will phase out mining as it is set to transform from proof-of-work to proof-of-stake with Ethereum 2.0. When that happens, Ennis said, Hut 8 will switch to Ethereum Classic mining.

Hut 8 wants to continue diversifying its mining operations—but not so much that it will ever start mining “dog or meme” coins like Dogecoin, she said.

The company is already on the Toronto Stock Exchange, trading for $4.99 per share.

Cryptocurrency exchange Coinbase, which was listed on the Nasdaq on April 14, has seen its shares continuously drop in value. The company debuted at $381 per share, then briefly peaked at $424 before plummeting to $310. It closed yesterday at $239.

But Hut 8 isn’t worried about Coinbase’s performance. “That’s not a barometer for the potential for success or for interest in investment in Nasdaq-listed crypto companies,” she said.

“Right now, the real barometer is the price of Bitcoin and Ethereum as there is a pretty direct correlation between Bitcoin sell-offs and the mining plays sell-offs.”

Of late, though, the price of the two leading assets has been extremely volatile, to say the least.

The crypto market took a sharp downturn in mid-May mostly, but not exclusively, due to concerns over Bitcoin mining. The worries were fuelled by Tesla and SpaceX CEO Elon Musk’s tweets on its environmental impact as well as the Chinese government crack-down on miners.

“[Elon Musk’s tweets] lit a fire under everyone’s rear ends that it was time to collaborate and be a unified voice,” Ennis said. Hut 8 is one of the miners part of the Bitcoin Mining Council, an assembly of energy-conscious North American mining companies, convened by Michael Saylor for Elon Musk in late May.

ESG—environmental, social, and governance—concerns became one of the company’s priorities when the current CEO Jaime Leverton took over last year, Ennis said. But Musk’s tweets have certainly sped up the process, she added.

Hut 8 has recently hired a head of power and sustainability whose sole goal is to make the company carbon-neutral within a year.

Currently, Hut 8’s machines are powered by natural gas (70%) and wind (30%)—two sources of energy abundant in Alberta, where the mining firm is based. 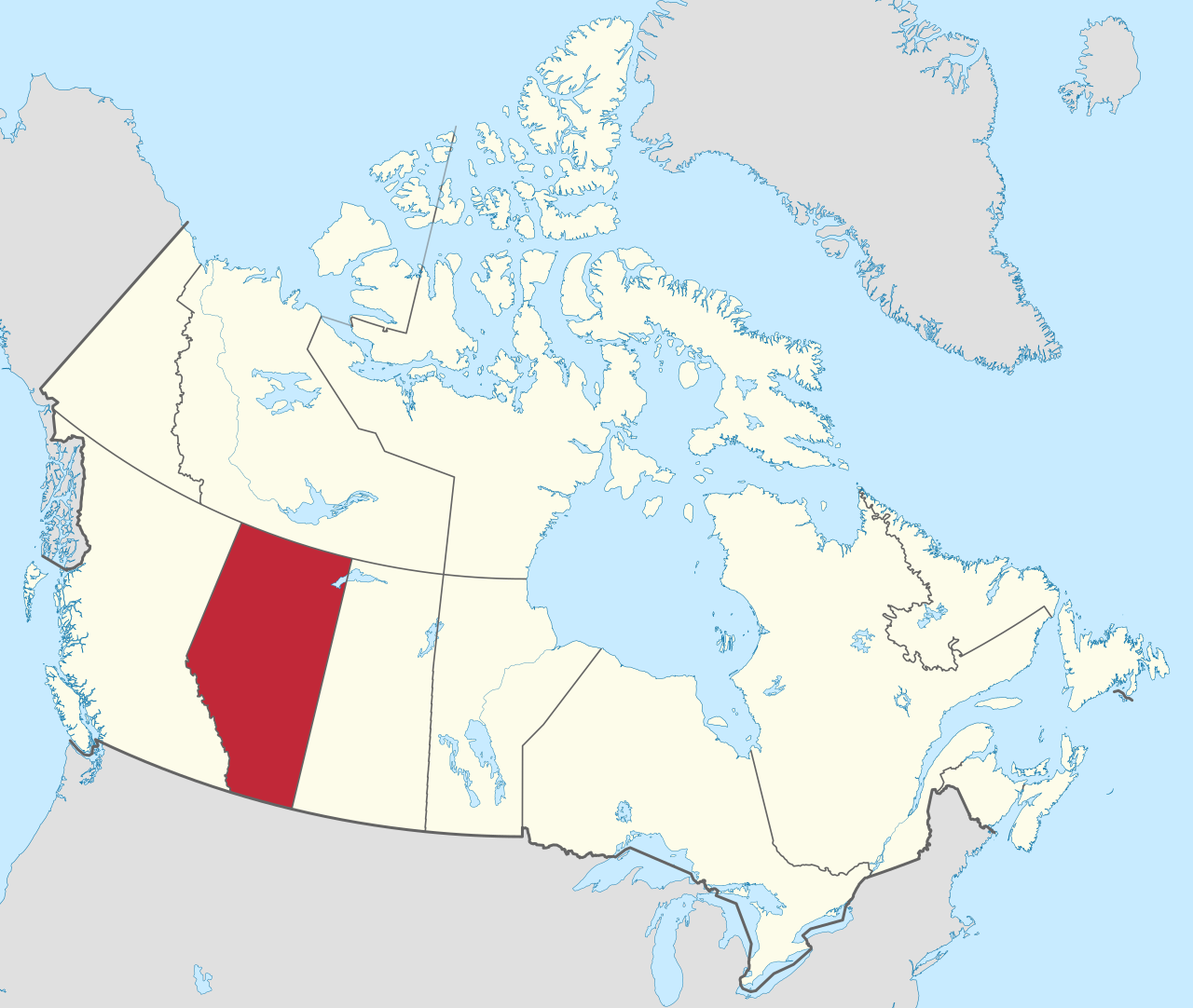 Alberta is a Western province in Canada. Source: Wikimedia.

For the energy-source share in global crypto mining, there are mainly two reported sources. According to a September 2020 report from the Cambridge Centre for Alternative Finance, renewable energy consumption is around 39%.

But a report from crypto asset manager CoinShares estimates the figure to be as high as 77.6%.

The current state of research is a bit of a mess with little agreement over figures. Ennis said Hut 8 looks at all available datasets to make sense of it.

But the environmental concerns aren’t on top of the Chinese miners’ agenda, said Ennis, who is in regular contact with their representatives.

“I have to be honest with you; I’m not really hearing conversations around going green,” she said. Instead, miners are occupied with government crackdown-induced relocation plans as some have already begun migrating to Kazakhstan, and there are “whispers of [moving to] Africa as well.”

Chinese miners have also been asking the company how difficult it would be to move to Alberta, Ennis said.

She declined to say whether any of the Chinese miners had any tangible plans to relocate to Canada, but she said the company’s currently doing its best to entice them to its new expanded site.

2021-06-15
Previous Post: Microstrategy Selling up to $1 Billion of MSTR Stock to Buy Bitcoin