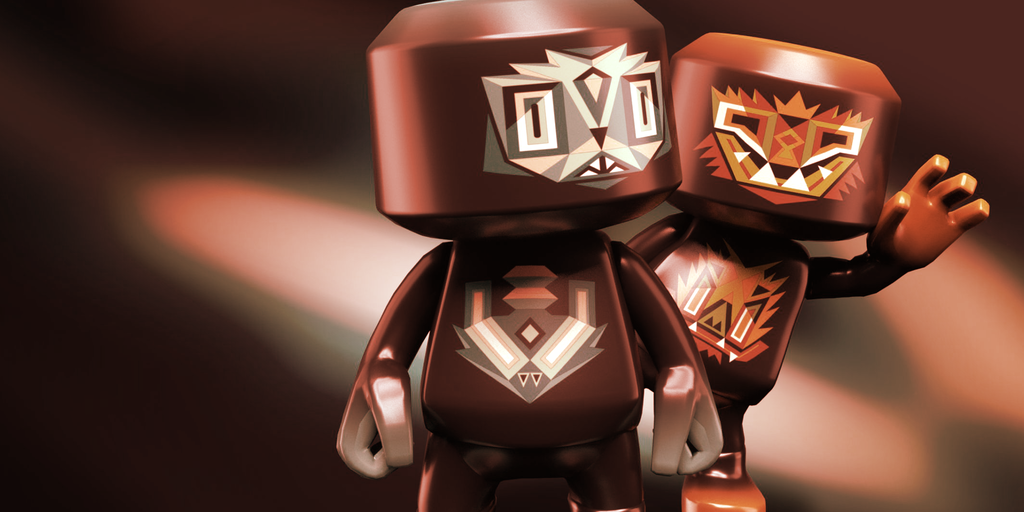 Mythical’s latest round is packed with big names from the venture capital world, not to mention sports and entertainment. Major VC firm Andreessen Horowitz led the round, which also includes participation from crypto exchanges FTX and Binance, as well as D1 Capital, RedBird Capital, and The Raine Group.

Furthermore, the Series C includes participation from the National Football League’s investment arm 32 Equity, along with OneTeam Partners, an investment alliance between the NFL and MLB’s respective players’ associations.

Asked why Mythical has attracted so many figures from the sports industry, Mythical Games Chief Revenue Officer Matt Nutt pointed to a lack of excitement around sports video games, as that market is dominated by licensed, annualized, lightly-evolving simulations—like EA Sports’ FIFA and Madden franchises. The success of NBA Top Shot and NFTs, he suggested, have revitalized interest in new kinds of sports-themed games and interactive experiences.

“Suddenly, the category is just insanely interesting to everybody, because NFTs in particular facilitate a convergence of digital collectibles and video games. Everyone’s rushing in,” Nutt told Decrypt. “There’s a lot of sudden interest when it was so dormant for the better part of a decade.”

Mythical Games’ latest raise comes just five months after the firm pulled in $75 million in Series B funding from the likes of investor and NFT entrepreneur Gary Vaynerchuk, Galaxy Digital, and more. All told, Mythical has now raised more than $270 million, including today’s Series C.

Founded in 2018, Mythical Games is the product of former executives from an array of top gaming companies, including Electronic Arts, Oculus, Activision, and Zynga. Its first game, a metaverse-style, NFT-driven create-and-play game called Blankos Block Party, launched into early access on PC this year. The game has released licensed NFTs from partners such as fashion brand Burberry and electronic musician Deadmau5.

I CAN’T CONTAIN THE EXCITEMENT!
5 MORE MINUTES AND WE SEE GET LIT DEADMAU5 IN THE STORE AND IN GAME!https://t.co/D64mMHVfRS pic.twitter.com/lgYrGmUwS5

Interestingly, Blankos Block Party isn’t mentioned at all in today’s press release supplied by Mythical Games about the Series C funding. Nutt said that Mythical will continue to support the game with a long-term roadmap including new features and services, plus he added that its development team has grown since earlier this year.

But as the studio has doubled its headcount in recent months—now to over 150 employees, with further expansion ahead—the company is broadening its focus as it launches the Mythical Platform to help other developers launch crypto-powered games with player-owned economies.

Like Blankos Block Party, the Mythical Platform runs on the EOSIO blockchain platform, which is compatible with the Ethereum Virtual Machine (EVM). Developers Creative Mobile, CCG Lab, and Abstraction Games are the first to partner with Mythical to launch games using the platform.

According to Nutt, Mythical will offer both technology and consulting, with the latter service drawing upon the team’s considerable video game industry experience. Brands and companies are excited to enter the blockchain gaming space, he said, but it can be costly and even potentially damaging if not done well.

“Those of us in the gaming industry, we embody these polar tensions between the desire to do innovative new things and being experts at risk mitigation,” said Nutt. “You can do a lot of different things with this technology, which is innovative and disruptive. But you can also deploy this technology in ways that can be pretty damaging in terms of gameplay experiences, community building, and community stewardship over an extended period of time.”

“We don’t profess to have the answers,” he said. “We get to see through our partnerships what works and what doesn’t work, so that we can cross-pollinate across all of our partners—and really help each other go up the learning curve as quickly as possible.”