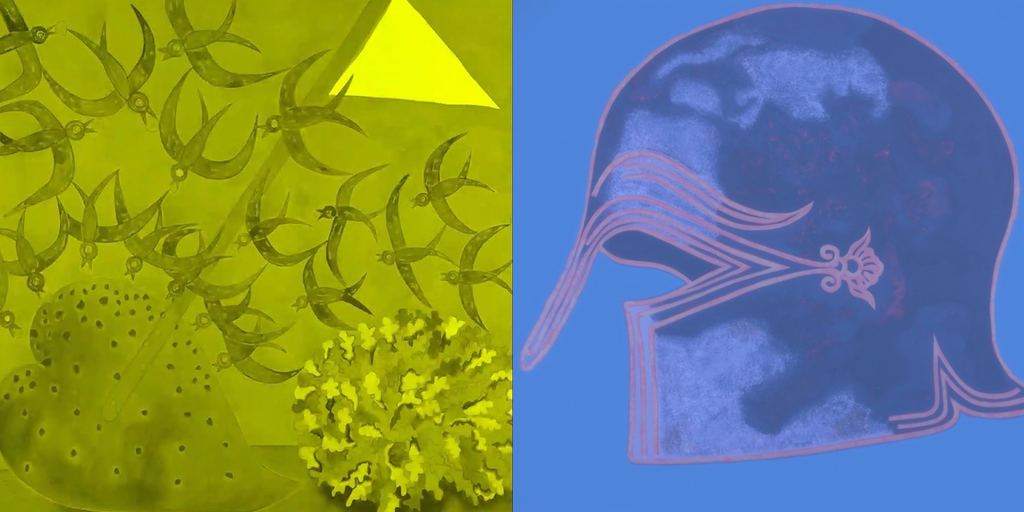 Investor and social media influencer Gary Vaynerchuk has rapidly become a major player in the NFT space, launching his own hand-drawn VeeFriends series—which will have an in-person conference in 2022—and teaming with brands like Budweiser and the U.S. Open to get them involved with the digital assets. Now he’s partnered with a noted fine art gallery to launch an NFT marketplace.

Art Official is the name of the marketplace, and it’s an Ethereum-based platform for digital artwork. It was created in partnership between real-world gallerist Vito Schnabel—who has locations in New York and Switzerland—and Vaynerchuk’s VaynerNFT consultancy.

The platform’s first offering is a series of works by Italian contemporary artist Francesco Clemente, marking his first digital compositions. The winner of the piece “Milarepa’s Dream,” which depicts a white flag piercing a heart, will also receive a live watercolor portrait session with Clemente, who has previously painted noted artists and public figures.

Additionally, the auction will launch with NFT compositions from Clemente’s project “Our Backs to the Sea Far From Our Native Lands,” which features music from influential composer and pianist Philip Glass. A live artist experience is also included with those NFTs.

An NFT acts like a deed of ownership to a verifiably scarce digital item, whether it’s a painting, a video file, or something else entirely. In this case, Art Official is also bundling in a live experience component to try and differentiate its offerings and create more demand.

“What inspired me to launch an NFT marketplace for artwork was the partnership with Vito, because of the access to the extremely high-quality artists that we were going to be able to put on the platform,” Vaynerchuk told Decrypt. “That was going to be a major differentiation in the space. At the end of the day, Vito’s ability to curate, and our ability to innovate on the product offerings and the strategy around the art—and create demand for it—is a winning combo.”

The NFT space has no shortage of marketplaces for buying and selling artwork. Leading marketplace OpenSea—which had more than $3.4 billion worth of trading volume in August—is best known for secondary sales. Meanwhile platforms like SuperRare and Nifty Gateway focus on curated NFT drops from an array of creators, including celebrities, digital artists, and more.

Schnabel told Decrypt that Art Official will set itself apart from the pack by focusing on the fine art world and being the first NFT marketplace from an established commercial art gallery. Furthermore, it’s the first such NFT art marketplace created in partnership with Vaynerchuk, whom Schnabel described as “one of the visionaries of the NFT realm.”

“The art world has thus far talked primarily to itself in its forays into the realm of NFTs,” said Schnabel. “Our concept is to broaden the conversation considerably by talking to the NFT universe that already exists and is brimming with activity, to speak the language of that universe and to help our artists do the same. Our goal is to give fine artists a runway into that world.”

2021-09-24
Previous Post: Can the First Couple of Blockchain Deliver a Second Act for Tezos?
Next Post: Smart Marketing Token (SMT) Is on a Mission to Help Blockchain Projects Reach Their Goals