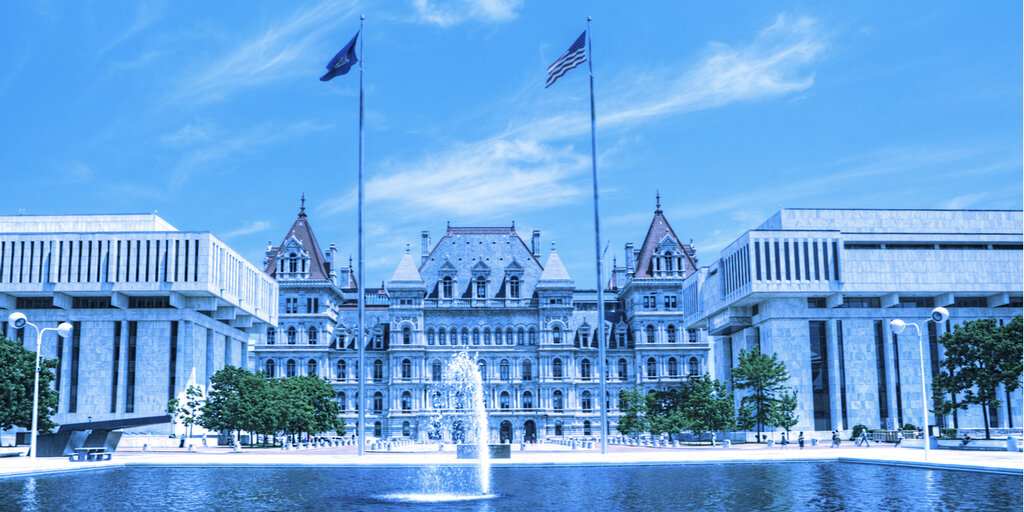 New York legislators are digging in for a fight over Bitcoin mining.

Senate Bill S6486B, which restricts the granting of permits to Bitcoin mining operations on environmental grounds, passed the upper house by a 36-27 margin. The bill, sponsored by Democratic Senator Kevin Parker, now heads to the Democrat-controlled Assembly.

As originally written, the bill would have placed a three-year moratorium on all Bitcoin mining so that the state could do an environmental impact assessment. That would have all but forced mining facilities in the state to pack up and leave town.

The amended bill revises the state’s Environmental Conservation Law to prevent new operations from receiving permits to operate in an “electric generating facility that utilizes a carbon-based fuel.” It also essentially caps the electrical consumption of existing mining operations at their current levels and mandates the creation of a “generic environmental impact statement” on proof-of-work mining.

The law would not just apply to Bitcoin, but to any blockchain technology that uses proof-of-work consensus methods. Proof of work refers to the energy-intensive process of committing computing power to validate transactions on a blockchain and create new tokens.

The bill’s authors are concerned about the popular practice within New York state of repurposing old power plants for massive Bitcoin mining operations. These include Greenidge Generation, a former coal-fired power plant that now uses natural gas to mine Bitcoin.

“Many fossil fuel power plants have been shut down across the state in recent years due to reduced energy demand, improved transmission capacity and non-economic carbon-based fuel sources,” the bill reads. “Consolidated operations that use proof-of-work authentication methods to validate blockchain transactions are bringing these plants back online, with behind- the-meter operations that greatly exceed the previous intermittent usage, and can cause significant negative impacts to air quality especially in environmental justice communities.”

Or, as Earth Justice Deputy Managing Attorney Mandy DeRoche told Decrypt last week, “They’re supposed to be dead power plants. They were retired for a reason.”

Bitcoin has come under fire for its electricity consumption, which roughly equals that of a small country. While Bitcoin advocates argue that the expenditure is worth it and/or can be made using clean energy that doesn’t emit carbon into the atmosphere, many detractors believe BTC is creating demand for more energy that can only partially be met by renewable energy.

But what if they use volcanoes?

2021-06-09
Previous Post: Mexico, too, wants to jump on the crypto train as El Salvador legalizes Bitcoin