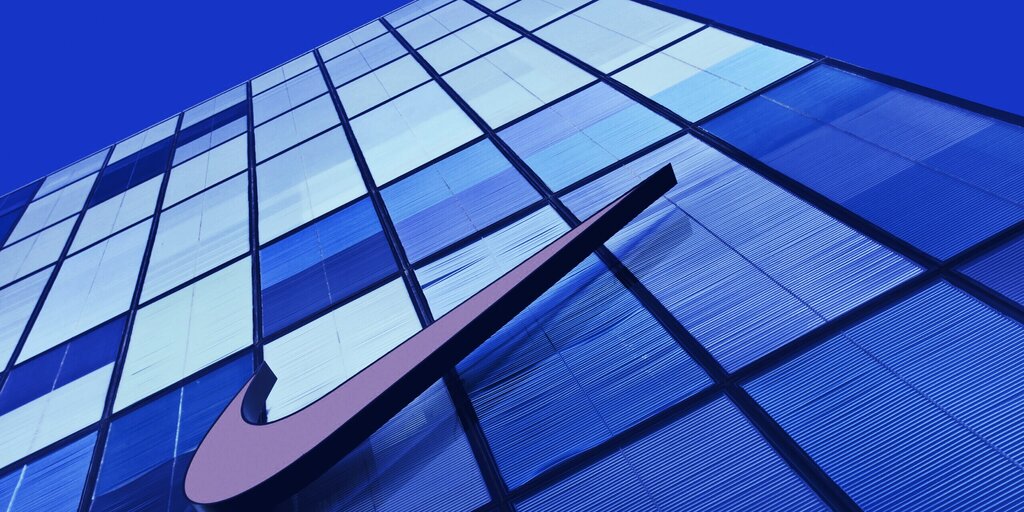 Nike has filed to trademark its brand for virtual and downloadable goods, per Bloomberg.

On October 27, the sportswear colossus filed four requests with the U.S. Patent and Trademark Office. The filings reportedly list a variety of digital goods including headwear, eyewear, bags, backpacks, and sports equipment.

What’s more, the filings are based on an intent-to-use basis, which means the patents themselves won’t actually be finalized until Nike makes commercial use of them.

The news comes amid Facebook’s (now Meta’s) rebrand and embrace of the metaverse, a persistent virtual universe where users can interact with each other as digital avatars. These virtual environments can be used for social interactions, gaming, or even work.

This is not the first time the sports giant has embraced Web 3 technology.

In 2019, Nike was granted a patent for “cryptographically secured digital assets,” which included “Cryptokicks,” which Yahoo Finance reported as including token data and attributes from an accompanying physical Nike shoe in the real world.

Nike, Meta, and the metaverse

Nike’s latest series of patents arrived during Facebook’s rebrand to Meta, which Mark Zuckerberg, Meta CEO, said marks the “beginning of the next chapter for the internet.”

“The next platform will be even more immersive—an embodied internet where you’re in the experience, not just looking at it. We call this the metaverse, and it will touch every product we build,” said Meta CEO Mark Zuckerberg last week.

“In the metaverse, you’ll be able to do almost anything you can imagine—get together with friends and family, work, learn, play, shop, create,” he added.

Amid the rebrand, Zuckerberg provided a nod to some of the legacy issues that have plagued Facebook and his leadership, including the undermining of privacy. “Privacy and safety need to be built into the metaverse from day one,” Zuckerberg said.

Yet, plenty of the controversies that have plagued the social media giant still exist today.

She recently said that she was financially stable enough to shed light on these controversies thanks to crypto purchases made “at the right time.”