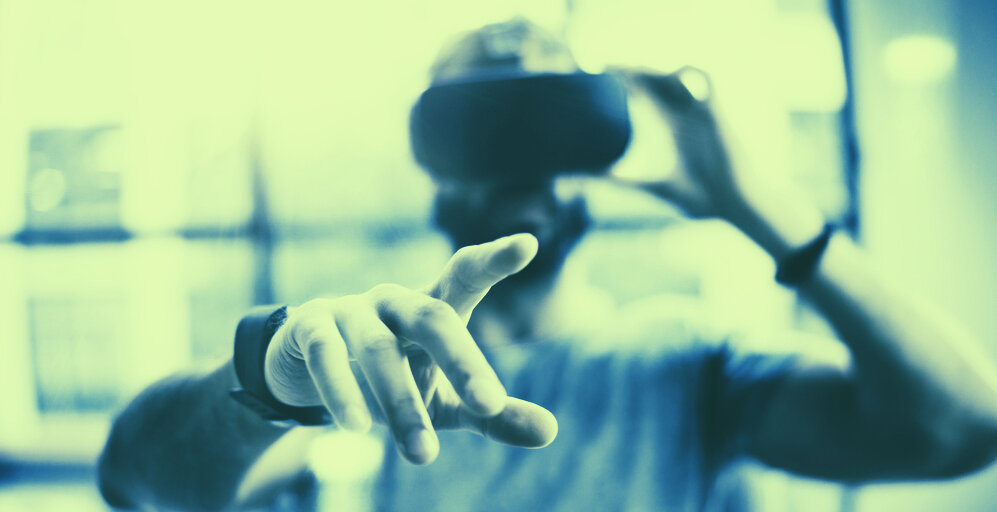 On Thursday, Oculus’s Chief Technology Officer John Carmack said during a live keynote speech about Facebook’s new metaverse that “it’s unlikely we’re going to be in the completely open crypto world of things.”

Earlier that day, Facebook rebranded itself as ‘Meta’, signaling its intention to go all in on the metaverse. Under the new ‘Meta’ umbrella, current services like Facebook and Whatsapp will retain their current branding, while Facebook’s VR headset company Oculus will rebrand in 2022.

In the keynote, Facebook said that NFTs and crypto will inevitably play a part in the metaverse, leading many crypto fans to wonder just how big a part it will play.

John Carmack delivered his own keynote and said that, while Meta would no doubt use crypto transactions, it shouldn’t be considered as a completely open crypto-friendly platform.

“Everybody agrees you have to be able to make a living in the metaverse. Commerce is gonna be a part of it, but I use adult entertainment as a litmus test for how open a platform is. If there’s adult entertainment, it’s a very open platform from a commerce standpoint, we probably won’t be there.”

He continued: “It’s unlikely that we’re going to be in the completely open crypto world of things. The libertarian in me loves the idea of unstoppable global cash transactions, but I’m also well aware of the swamp of scams and the spam that I have to clear out of my timeline every morning.”

The Metaverse and crypto

The metaverse is a term many use to describe a possible future evolution of the internet, where the flat applications and websites we use today will have been replaced by immersive virtual reality environments and shared spaces.

The metaverse is something that crypto-savvy developers have already partially built through browser-based crypto-powered games like Decentraland, which hosted its first virtual music festival earlier this summer.

Facebook envisions its metaverse as a kind of killer app, but its parameters are hard to define because it won’t be any one thing. Rather, it’ll be a collection of open worlds joined by interoperable assets.

Where will NFTs fit into this? In Thursday’s keynote address Facebook gave a few example scenarios, where users would have their digital assets at their disposal across several different virtual reality environments.

So, in theory, if you’ve purchased a 3D NFT avatar, you’ll be able to situate your virtually accoutred self into various different VR spaces with it—social exercise rooms, concerts or conferences, or even shopping environments, where you can buy even more NFTs.

This month Facebook started piloting Novi—its new digital crypto wallet—in the U.S. and Guatemala. An accompanying press release confirmed that the company still has plans to roll out Diem, its dollar-pegged cryptocurrency, despite its absence in the pilot.

So, the next question is: Will Diem be the main tender of Facebook’s new metaverse?