One week of COIN: How is Coinbase’s Nasdaq listing shaping up so far 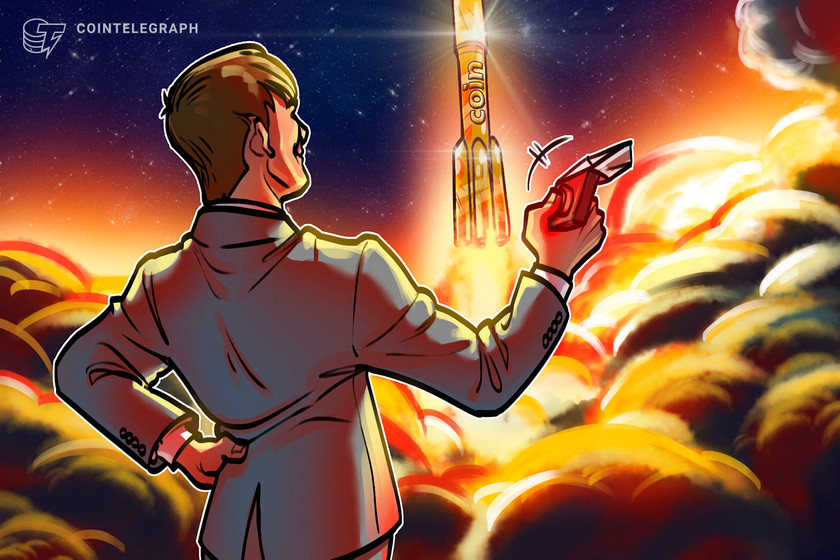 April 14 was considered by many crypto enthusiasts all over the world as a watershed moment for the digital asset industry, as it marked the day when Coinbase, one of the largest crypto trading platforms in the world, made its debut on Nasdaq via a direct listing. As one can imagine, the lead up to the moment was replete with a market-wide surge, with Bitcoin (BTC) scaling up to a price point of $64,800 a day before the listing went live.

In the run-up to Coinbase’s Nasdaq debut, COIN’s reference price was set at just $250, with all of the company’s staff receiving a total of 100 shares each. What’s more, in true crypto fashion, COIN’s debut was mired by volatility, with stock prices rising sharply to around $430 just minutes after trading commenced.

However, following this positive price movement, the value of COIN proceeded to plunge drastically — all within a matter of hours — finally wrapping up its debut at a respectable price point of $328. Since then, COIN’s value has continued to hover between $320 and $345, settling at the lower end of that range exactly one week after the listing. At the time of writing, the stock’s total market capitalization is touted to be worth just under $64 billion, some way off the previously estimated $100 billion.

A real breakthrough or just a lot of hype?

COIN’s debut within the traditional finance sector is widely considered to be an important step forward for the crypto industry, especially since it provides investors — who may not be interested in trading digital assets otherwise — with indirect exposure to cryptocurrencies.

Providing his thoughts on the subject, Jelle Pol, project manager for oil and gas multinational Shell’s first three blockchain projects as well as business director for Dusk Network — a privacy-oriented blockchain protocol — told Cointelegraph that Coinbase’s direct listing is potentially a very interesting wake-up call for companies and regulators that are still sticking with the “anything crypto-related is bad” angle, adding:

“COIN’s market capitalization now dwarfs the cumulative valuation of most of the world’s largest traditional stock exchanges, and they did it in years instead of decades. It is clear that they operate under the highest standards, otherwise, a Nasdaq listing would have been out of the question, so it seems that self-regulation, in this case, has paid off immensely.”

Indeed, with Coinbase’s listing potentially bridging the gap between the traditional finance sector and crypto, an increasing number of mainstream players seem to be quite bullish on COIN. For example, New York-based asset management firm Ark Invest was quick to snap up more than 1 million shares — currently worth around $350 million — which will be spread out across three of the company’s exchange-traded fund offerings.

Furthermore, it bears mentioning that back in 2013, American venture capital firm Union Square invested in Coinbase at $0.20 a share, essentially allowing the company to amass a total stock haul that is now worth more than $4.6 billion.

That said, the company’s biggest backer by far is venture capital giant Andreessen Horowitz, through its A16z crypto fund, “which owns shares in the crypto exchange worth about $9.7 billion.” According to the information contained in Coinbase’s prospectus, just seven months after the conclusion of the firm’s Series A funding round, A16z led a $25-million Series B round, buying shares at $1 apiece.

Subsequently, the firm was able to purchase $57.1 million worth of shares in October 2019, from Union Square at $23 apiece and then another $30 million in Coinbase stock at $28.83 a share just 12 months later.

Outside of Union Square and A16z, fintech-focused venture firm Ribbit Capital is the third-largest investor in Coinbase, with the company owning a total of 12 million shares — worth approximately $3.9 billion — of the cryptocurrency exchange via its Series A funding round. Some of the other major players that had gotten a piece of the action include Tiger Global, Institutional Venture Partners, AH Equity Partners and DFJ Growth.

Additionally, insider activity reports suggest that a number of Coinbase’s early-stage investors, as well as members of its executive brass, sold billions worth of equity shortly after the direct listing. For example, Coinbase chief financial officer Alesia Haas sold some 255,500 shares at $388.73 per share while retaining certain options. Similarly, Brian Armstrong, the platform’s current CEO, sold 749,999 shares in three transactions at various prices, netting around $291 million.

That being said, while the filings initially seemed to portray a picture wherein multiple Coinbase executives sold a large part of their stake in the firm to net handsome profits, a representative for Coinbase told Cointelegraph that the sellers still maintain strong ownership positions.

What does the future hold for COIN?

According to independent investment research firm CFRA, Coinbase’s stock value can potentially grow by a whopping 20+% in the near future, primarily due to the accelerated adoption of crypto-enabled technologies around the globe and the entry of more institutional players into this nascent space.

In this regard, a group of CFRA analysts led by Chris Kuiper stated in a recent note to the company’s clients that within the next 12 months or so, the price of COIN could settle at around the $400 level. Not only that, but the research firm has also given its clients the green light to purchase Coinbase stock, even affording the stock a “buy” rating.

Kuiper and his team believe that investors can potentially earn up to $6.89 per share for 2021 and $3.00 for 2022, pointing out that they see operating margins ramping up, which can eventually stabilize around the 35% mark. “Our base case scenario implies COIN not only becomes one of the largest financial exchanges for crypto but it is also successful in diversifying into other products and services, most notably those aimed at institutional investors,” he added.

CFRA analysts have chalked out three possible scenarios for Coinbase. Firstly, they believe that COIN may be faced with bearish momentum in the coming months, causing the stock to dip to $120. The second scenario is one where the stock hits $400 and stabilizes around that range. The third case revolves around the share prices going bullish and scaling up to a price point of $840.

Almost a week after the Coinbase listing, a representative for the company announced that Nasdaq started trading options for Coinbase Global — COIN.O — effective April 20. The launch of equity options will offer investors yet another avenue through which they can bet on Coinbase’s future. Simply put, equity options represent the right, but not the obligation, to buy or sell a stock at a certain price, known as the strike price, on or before an expiration date.

In the aftermath of Coinbase Global Inc. going public, the crypto market has been faced with turbulence, with the value of Bitcoin plunging by 15% in the days following the listing, dropping from $64,000 to $51,000, albeit briefly. Similar dips were witnessed across the board, with Ether (ETH), Binance Coin (BNB), XRP and Cardano (ADA) also being on the receiving end of some serious negative price action.

Furthermore, as part of the above-stated development, the total market capitalization of the cryptocurrency sector dropped from $2.37 trillion to $1.87 trillion, only to rise once again to around $2 trillion. “With hindsight it was inevitable. Markets got too excited around the $Coin direct listing. Basis blowing out, coins like $BSV, $XRP and $DOGE pumping,” Galaxy Digital founder Michael Novogratz tweeted recently.

Furthermore, SkyBridge founder Anthony Scaramucci stated following the listing that he was surprised that Coinbase’s debut was not met with more attention from banks, insinuating that legacy institutions still have been unable to realize the immensity of the crypto-led financial revolution that is currently sweeping the globe.

It now remains to be seen if more cryptocurrency exchanges follow in the footsteps of Coinbase and go public in the near term, essentially bolstering traditional investor confidence in this yet evolving space.

In this regard, digital asset trading platform Kraken recently announced that while it is unsure of when it will go public, it will pursue a direct listing rather than the special-purpose acquisition company route, which Israeli brokerage platform eToro took recently.