Pepe the Frog Reclaimed as an NFT by Creator 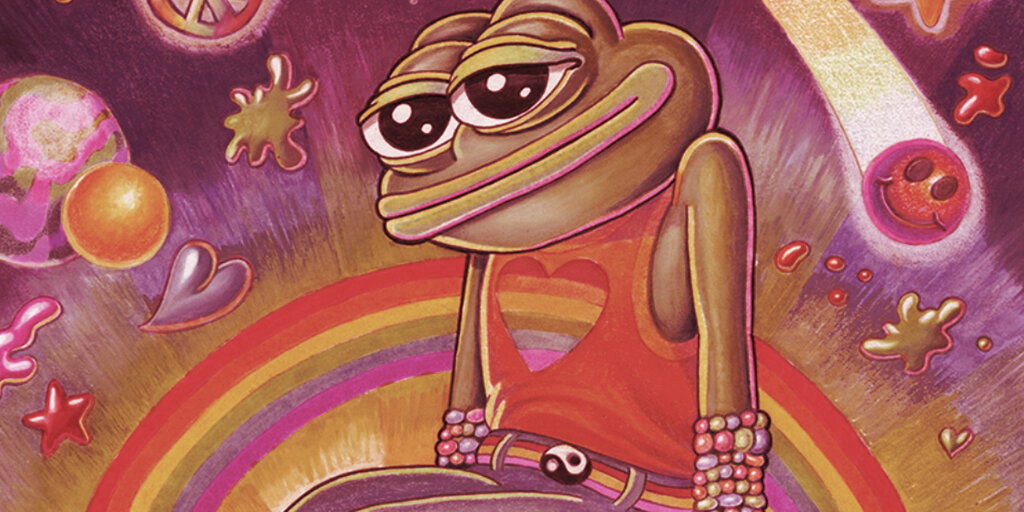 Matt Furie, the artist behind the famous Pepe the Frog cartoon, has moved into the non-fungible token (NFT) business. Now, many years after the famous frog was co-opted and became an Internet sensation, NFTs have given Furie some claim over his creation.

“It’s been good to mark my territory with Pepe here, and show that Pepe is a character that I created,” Furie told Decrypt via email.

This week, Furie is releasing PEGZ, a limited series of distinctive digital portraits of Pepe and his other creatures in 2-D, 3-D, and animated variety.

“It’s a playful project that is inspired by collectibles from my youth, namely pogs,” said Furie, referring to the small, circular collectibles that became popular in the ’90s. “As a collector, the first things are always the best. We’re starting with these token-like ‘objects’ that feature portraits of my critters,” he added. Included with every 10 PEGZ is our hero, Pepe the Frog, in glorious technicolor.

“Pepe is a part of the series, but it’s my hope that Pepe can be a gateway to a colorful world of wide-eyed critter multiplicity. These little avatars are blueprints for full-body, 3D dancers that will someday candy-coat the entire collective consciousness,” said Furie.

A metaverse rave for disco Pepes

Furie said that his interest in NFTs stems largely from the potential to challenge peoples’ assumptions about ownership. “Everything else is a bootleg, and I’m very inspired by bootlegs in my life and in my art,” he told The Washington Post, “but nothing beats the real thing.”

It’s an area he’s been involved with intimately. After he created Pepe in 2006, the froggie persona soon gained a life of its own, outside Furie’s control. It was adopted by pop stars and other influencers but also became a meme on 4chan forums, was used by the alt-right, and was notoriously appropriated by white supremacists during the 2016 U.S. presidential election.

In 2019, Furie sued Infowars host and conspiracy theorist, Alex Jones, over unauthorized use of his creation.

The case was settled the following year, but images of Pepe continue to litter the Internet.

The crypto industry adopted pepe around five years ago, and in March, “Homer Pepe,” an NFT of Homer Simpson with a Pepe-like face fetched, over $300,000 at auction.

NFTs are not new. But the tokens, which provide verifiable proof of ownership, only really took off last winter when artists such as Beeple began to earn eye-watering sums.

In recent weeks, makers of memes, owners of iconic tweets, and artists of all descriptions have profited from NFTs. Furie couldn’t help but notice. Furie hopes Pepe’s popularity will rub off on his other creations. Image: Matt Furie

In April, he sold an image of Pepe for a cool 420 ETH (around $1 million at the time) as per The Washington Post. “I thought I should squirt some of my own juice into the mix and see what happened,” he said.

“We want to throw a rave in the metaverse for disco Pepes, lizards, tongue-waggling-whachamacallits, blobbies, gooies, pricklies, and everyone,” he said.