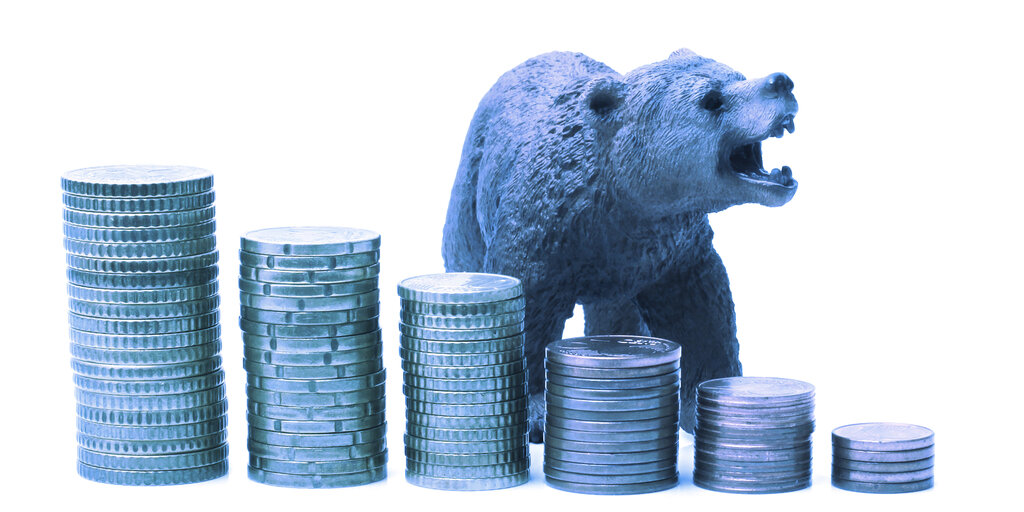 Metalla allows investors to get exposure to precious metals such as gold and silver by acquiring royalties and streams. In other words, the firm uses royalties on assets owned by major mining companies to generate returns for its shareholders.

“When you look back to the last few decades, and you look at all of the financial crises that happened, they all have a couple of things in common. And one of them is the mass adoption of a new financial product or a new technology that’s not very well understood,” Heath said in an interview with Kitco News on Thursday.

He drew comparisons to the mass adoption of mortgage-backed securities, collateralized debt, and loan obligations shortly before the 2008 crisis.

At the time, the public quickly embraced these new financial products—and they crashed afterward, creating a “huge problem that had repercussions out through the entire world.”

The tech crash in the early 2000s was “the same type of situation,” said Heath.

“You had a new technology that no doubt changed the world, but it wasn’t very well understood. And so we had tech companies pop up all over the place that were actually worth nothing, and this ultimately resulted in their intrinsic value, which was zero,” He explained.

Heath went on to say that cryptocurrencies have become a “license for the private sector to print money.” Though the amount of U.S. dollars in circulation has seen a massive increase since January 2020, the market cap of crypto is “over tenfold.”

M1 money supply in the United States. M1 money supply refers to the most liquid types of money and includes physical currency, traveler’s checks, and anything else that can be quickly converted to cash. This chart was discontinued last year. Source: FRED Economic Data

New cryptos are a dime a dozen

Heath also argued that Bitcoin’s limited maximum supply of 21 million coins doesn’t really guarantee its “safe haven” qualities since there are other “10,000 cryptocurrencies, related tokens and coins that exist today.”

Many of these cryptocurrencies offer myriad advantages over Bitcoin, too, he said. And as they are created, the entire crypto market adds billions of dollars and additional risk. Though some cryptocurrencies will prevail—just like Apple, Google, and Amazon became the world’s biggest companies following the tech crash—the vast majority of digital assets could still collapse.

“When you have that amount of capital wiped out from digital wallets across the globe, you better believe there is going to be some significant financial repercussions that are felt,” Heath warned.

2021-05-28
Previous Post: Crypto crash throws gold-backed stablecoins into the limelight
Next Post: A Look at Why Venezuela Is the Third Country With the Most Crypto Adoption