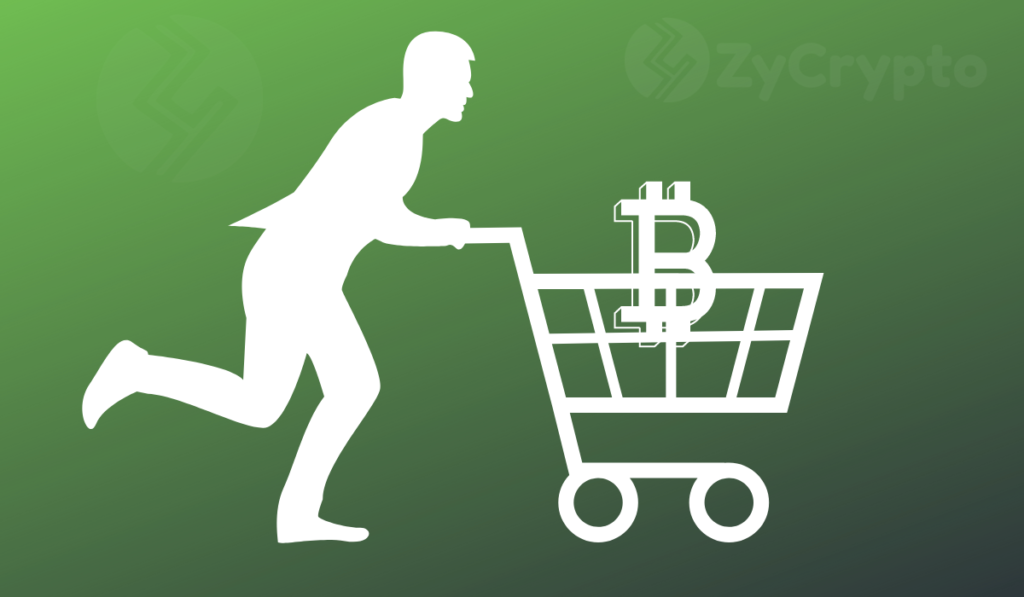 Bitcoin broke out of a multi-week consolidation phase below $60K in the days just before the highly-awaited Coinbase listing and hit a new all-time high of $64,800 on Wednesday. The listing is viewed by many as a watershed moment for the cryptocurrency industry.

However, bitcoin has been retracing since then. The cryptocurrency is valued at $63,555 at press time. Nevertheless, the CEO of Vailshire Capital Management, Dr. Jeff Ross, sees this as a great buying opportunity before the next rally.

Bitcoin bulls took a breather shortly after Coinbase’s debut on Nasdaq. The price of COIN started trading at $381 per share before skyrocketing to $424. This was followed by a drop to $310. This wild fluctuation disconcerted investors as the spot price of bitcoin fell.

In an April 15 tweet, Dr. Jeff Ross noted that BTC is still bullish and is very likely to resume its uptrend. He attached a chart that shows that the cryptocurrency is trading inside an ascending triangle — which is basically a bullish continuation pattern. Moreover, he pointed out that the on-chain metrics are quite strong for bitcoin.

The CEO, however, thinks bitcoin could plummet to the previous price ceiling around $61,250 before rising higher after flipping the said resistance level to support.

While the investment fund manager calls bitcoin a great buy, Ripple CTO David Schwartz has been offloading his BTC holdings as the premier cryptocurrency registers record highs since 2010.

In a Twitter conversation with a user going by the online alias MackAttackXRP, Schwartz revealed that he has been taking profits from his BTC coffers ever since the cryptocurrency first surged to $100. He continued to cash out as the OG cryptocurrency continued to hit new highs at $250, $750, $2,500, $7,500, $20,000 and $50,000.

But with bitcoin now above $60K, he only has 2% of his initial stash left. “That’s the downside of de-risking,” he noted.

All in all, if Dr. Ross is right, the current correction is simply preparing bitcoin for a sharp move up.

2021-04-15
Previous Post: It was only a matter of time — Some NFTs now have human DNA sequences
Next Post: Mick Jagger using NFTs to raise money for indie music venues