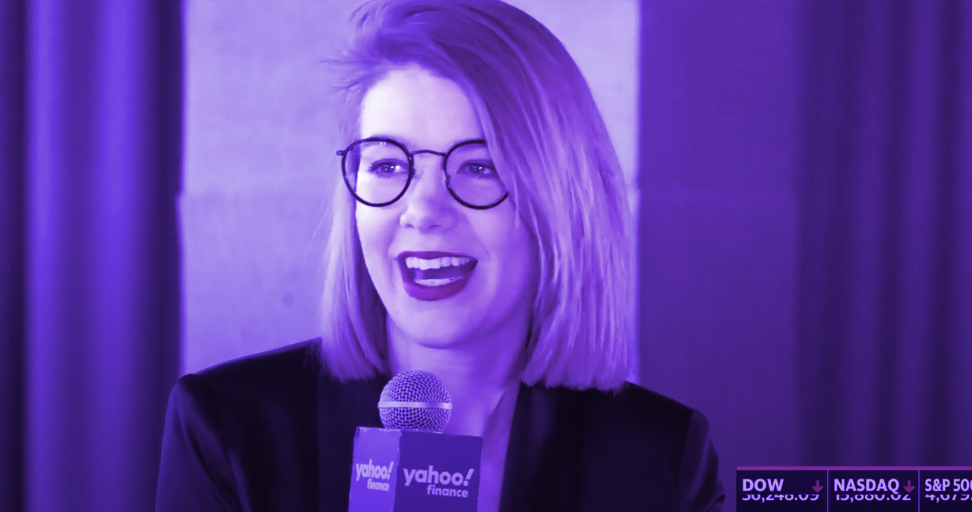 Ask any crypto trader on Robinhood what they’d ask the company’s executives and you’re likely to hear the following question: “Wen SHIB?”

“The first thing is that we’re not going to talk about it,” Brown said about the decision to list specific assets. More importantly, the company isn’t following the route of Coinbase, whose CEO, Brian Armstrong, has vowed to become the “Amazon of assets” and “list every asset that’s legal.”

“I also think that our strategy is a little bit different than a lot of the other players out there who are just racing to list as many assets as possible right now,” Brown said. “We think that the short-term gain we might get is not worth the long-term trade off for our users.”

Brown reiterated that Robinhood is a “safety-first company” and added, “We want to make sure that we’re working in assessing everything from a regulatory perspective really well.”

Robinhood, the mobile app that allows people to quickly trade popular stocks and seven cryptocurrencies, has previously come under fire over its customer protection policies. The company received a record $70 million fine from the Financial Industry Regulatory Authority in June over several issues. First, service outages from March 2020 resulted in individual customers being unable to complete trades. Many, FINRA said, lost “tens of thousands of dollars.”

Second, FINRA said the company “negligently communicated false and misleading information” as far back as 2016, causing customers to see wrong account balances or misinterpret trade risks. That culminated in the 2020 suicide of Alex Kearns, a college student who mistakenly thought he had lost $700,000 on the platform via a leveraged trade.

All of that predates Christine Brown’s tenure as Robinhood Crypto COO. Brown, who came aboard in April of this year, has consistently emphasized customer safety and regulatory compliance for crypto purchases, echoing the early days of Coinbase.

For years before it became the first publicly traded cryptocurrency exchange in the U.S., Coinbase shied away from listing more than a handful of tokens: Bitcoin, Bitcoin Cash, Ethereum, Ethereum Classic, and Litecoin. Unlike Binance and other exchanges, it preferred a cautious approach that embraced established assets—no ICO coin spinoffs or assets perceived as being regulatory risks.

But in late 2018, six years after Coinbase was founded, CEO Brian Armstrong hinted at expanding that list. “Today we’re announcing a new process that will allow us to rapidly list most digital assets that are compliant with local law, by satisfying listing requests in a jurisdiction-by-jurisdiction manner,” the company wrote in a September 2018 blog post.

In 2020, the company began to loosen up, adding 21 more assets. And the floodgates truly opened this year. In the first half of 2021, Coinbase added 29 more crypto assets, a pace which hasn’t let up in the back half of the year. The exchange went so far as to recently list Crypto.com Coin, used by a main competitor to incentivize traders to use its exchange.

Coinbase Is Adding Assets at Record Pace in 2021

Robinhood has taken on Coinbase’s strategy in other areas, however. Brown confirmed that 1.6 million of the app’s users are on the waitlist for its wallet, which the company has been promising for the better part of this year. That will allow consumers to take the assets they buy on Robinhood off the app so they can participate in decentralized finance and other parts of the crypto ecosystem. Brown said that the company has released an alpha of the product.

Just don’t expect to store SHIB on it.