Robinhood Reveals $11.6 Billion in Crypto Holdings Ahead of Landmark IPO 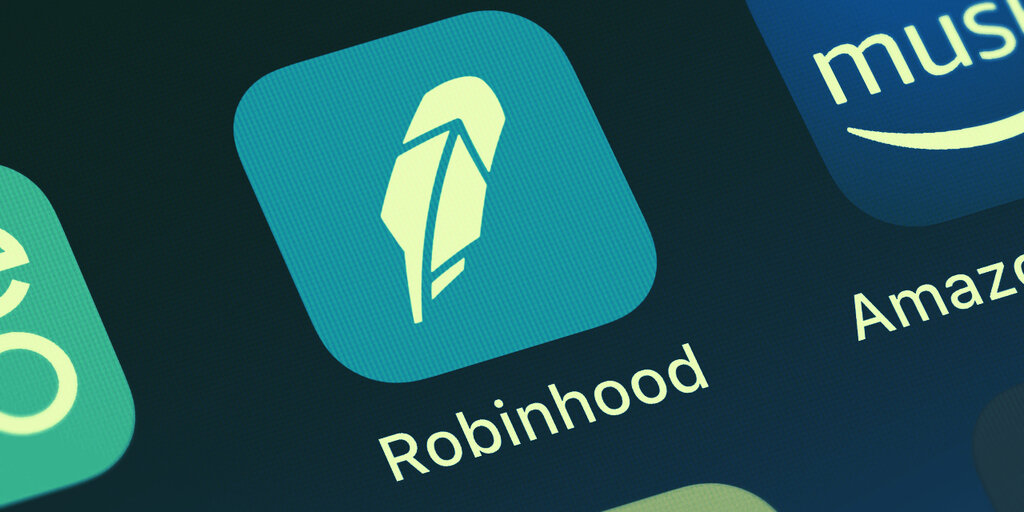 The pandemic boom in meme stocks and crypto helped Robinhood pull in $7.5 million in profits on $959 million in revenue for 2020 , according to its S-1 filing with the SEC that laid out the company’s financials for the first time ahead of its IPO (initial public offering) later this year. Robinhood intends to raise up to $100 million as part of its IPO process, and will list its shares on the Nasdaq under the ticker symbol HOOD.

The filing also drills down on Robinhood’s crypto business. The company saw an enormous increase in the amount of Bitcoin and other crypto funds it holds on behalf of customers. That number reached nearly $11.6 billion by March 31 this year, up from the $480 million it held a year before.

Robinhood’s IPO will come as a landmark financial event given how the trading app has become an iconic brand among millennials. Since launching in 2013, Robinhood has introduced millions to the world of investing while upending the traditional brokerage industry with a slick app and zero commission trading model.

Robinhood has also made itself a major player in crypto—9.5 million of its users traded crypto on the platform in the first quarter of 2021—and is poised to emerge as a serious rival to Coinbase in the coming years. (Sources close to Coinbase have told Decrypt that the company views Robinhood, as opposed to any other pure-play crypto company, as its biggest competitive threat.)

Robinhood’s crypto offerings, which include Bitcoin and Dogecoin, are currently limited in that customers can’t move them off its platform. But Robinhood Crypto COO Christine Brown told Decrypt in late May that this is likely to change in the near future.

In the filing, Robinhood said it will reserve up to 35% of shares for its customers to purchase prior to the IPO. This arrangement, which Robinhood has recently offered for a handful of other pre-IPO companies, is likely to prove popular among retail investors who have long complained the traditional IPO process unfairly gives deep-pocketed investors first dibs on shares.

Robinhood first declared its intention to go public in March, but the process has dragged out amid legal wrangling with the SEC over crypto and other aspects of its business—a back-and-forth that is common for many pre-IPO companies.

The release of the S-1 document is one of the last steps a company must take before it lists its shares for public trading. In Robinhood’s case, the listing is likely to happen in August or September.

Robinhood’s impending IPO is also likely to draw renewed attention to the company’s business model. Since the company does not take a direct commission on customer trades—a longtime money maker for conventional brokerages—it has had to turn to other sources of revenue.

While Robinhood makes some money on premium accounts, its primary source of revenue is something called “payment for order flow” or PFOF. This entails routing batches of orders to market makers like Citadel Securities, which pays Robinhood a modest fee for the right to execute them.

Robinhood and many stock market experts have argued that PFOF ultimately benefits small investors because it results in them getting a bulk discount on their orders. But critics claim the practice is underhanded and amounts to a secret form of commissions, and has led to scrutiny from members of Congress.

Robinhood has also attracted scrutiny from financial regulators, including FINRA, which recently smacked the company with a $70 million fine. The penalty, the largest in the agency’s history, was related to a series of outages that forced the company to suspend trading operations for hours, and even days, at a time.

The company’s troubles with Congress and regulators are likely to prove transitory, though, especially as Robinhood has been able to navigate recent market volatility without major difficulties.

Even if regulators put pressure on Robinhood’s coffers or business model, the company has plenty of runway to develop others thanks to a massive infusion of venture capital it has raised. This includes a massive $2.4 billion infusion in February.

This story will be updated with further details from the S-1 filing.