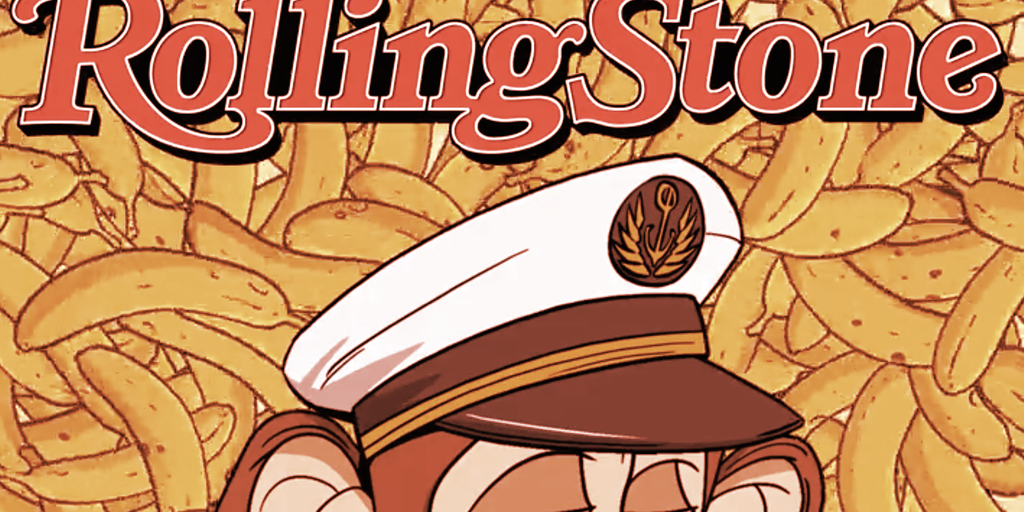 The collaboration between the magazine and the red-hot NFT collective debuted in physical form a week ago, with the instant sale of 2,500 limited-edition paper zines featuring a Bored Ape on the iconic Rolling Stone magazine cover.

That same magazine cover is now on auction as an NFT, with bidding currently taking place on the digital art marketplace SuperRare. The auction began this morning and will last five days. Within the opening moments of the auction, bidding for the piece had eclipsed 10 ETH, or just over $47,000 at the time of publication. Bidding for another Rolling Stone magazine cover NFT featuring a “Mutant Ape” went live on SuperRare simultaneously; it will also last five days.

The covers are the first of seven planned NFT releases by Rolling Stone in collaboration with Bored Ape creators Yuga Labs. The remaining five digital pieces will be created by various NFT artists and feature signature Bored Ape characters.

The NFT sale makes Rolling Stone the latest legacy print publication to enter the Web 3 space. The Economist sold one of its covers as an NFT for $419,000 just two weeks ago, TIME released multiple digital covers earlier this year, and The New York Times took in half a million dollars in March for an NFT of a column.

None of those publications, though, partnered with a DeFi-native brand for their NFT launches, let alone a brand as disruptive and culturally resonant as Bored Ape.

“The cultural groundswell associated with these artists is in line with movements Rolling Stone has covered for decades,” the magazines’ president, Gus Wenner, said of the synchronicity between the brands. “The Bored Apes’ shared love of music and counter-culture made them fantastic collaborators to bring this unique project to life with.”