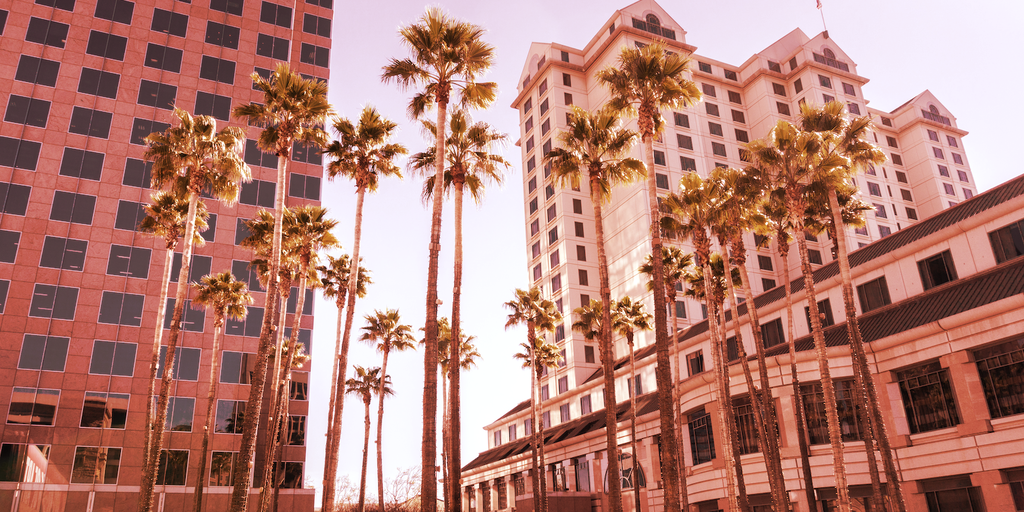 Helium is a crypto startup with an inventive approach to wireless connectivity: rather than rely on major wireless carriers, it uses a network of user-operated nodes distributed around the world to power Internet of Things (IoT) devices. That kind of out-of-the-box thinking is now being used to fund a public-benefit project as well.

Today, Helium and the City of San Jose, California, announced a public-private partnership to help fund internet access for low-income households within the city. More than 1,300 households will receive a $120 payment on a gift card to help pay for home broadband service, and the pilot program is funded by the cryptocurrency mined by Helium nodes.

To be clear, it’s not Helium’s actual network that these households will tap into for internet access. Helium’s low-energy LongFi network is designed strictly for devices like sensors and trackers, and it isn’t built to handle connections from laptops and smartphones.

Instead, San Jose has deployed 20 Helium nodes—paid for by the California Emerging Technology Fund (CETF)—around the city, and they’re being operated by volunteers and small businesses. By sharing wireless connectivity with nearby devices, each node “mines” or earns Helium’s HNT reward tokens, which can be swapped for other cryptocurrencies at an exchange. Those funds will fuel the payments made to eligible low-income households.

San Jose is the 10th most populous city in the United States, with more than one million residents. Jordan Sun, chief innovation officer for the city’s Mayor’s Office, told Decrypt that more than 50% of residents cite cost as the top limiting factor when it comes to broadband internet access at home—even at a discounted rate of $10 per month.

MOTI began conversations with Helium after looking into how blockchain-based solutions could potentially self-fund such initiatives. “This pilot will demonstrate how cities can leverage emerging technologies and creative business models to generate revenues that directly address a pain point facing residents,” Sun added.

Helium’s LongFi network has scaled rapidly of late, with more than 200,000 hotspot nodes now deployed around the world. That’s nearly double the amount (112,000) from August 10, when the project announced a $111 million funding round led by VC firm Andreessen Horowitz.

2 years after genesis, 1⃣0⃣0⃣K Hotspots were deployed on #ThePeoplesNetwork. 2 months later, we’ve reached 2⃣0⃣0⃣K Hotspots! This initiative couldn’t be done without every individual building #LoRaWAN coverage and using IoT devices. A big thanks to the People!

Every additional node that is deployed only helps strengthen the distributed blanket of coverage. Funding internet access for San Jose residents is an added bonus, then.

“I don’t think there’s any other crypto-based project that’s been able to achieve something that’s connecting people that are usually disconnected—both economically as well as physically connected to the internet,” Helium Chief Operating Officer Frank Mong told Decrypt. “We’re incredibly humbled that we can participate and be a part of that process to really bring folks from all socioeconomic backgrounds into the mix.”

Separate from its LongFi network, Helium is also building a 5G network for smartphones and other devices in partnership with FreedomFi. The Helium 5G network will take a similar approach with user-run nodes that reward operators with cryptocurrency tokens, supplemented by connectivity provided by major wireless carriers.

Mong told Decrypt that Helium’s growing 5G wireless network could also provide a more direct way to provide internet access to low-income households and underserved communities. Whether it’s an approach like that or a larger-scale initiative in the same vein as San Jose’s, Helium hopes to pursue additional projects to benefit the public good.

“I would love it if we could help other cities around the country and around the world,” Mong said, particularly given the increased need for internet access for remote learning during the COVID-19 pandemic. “We definitely hope that we can do this elsewhere.”