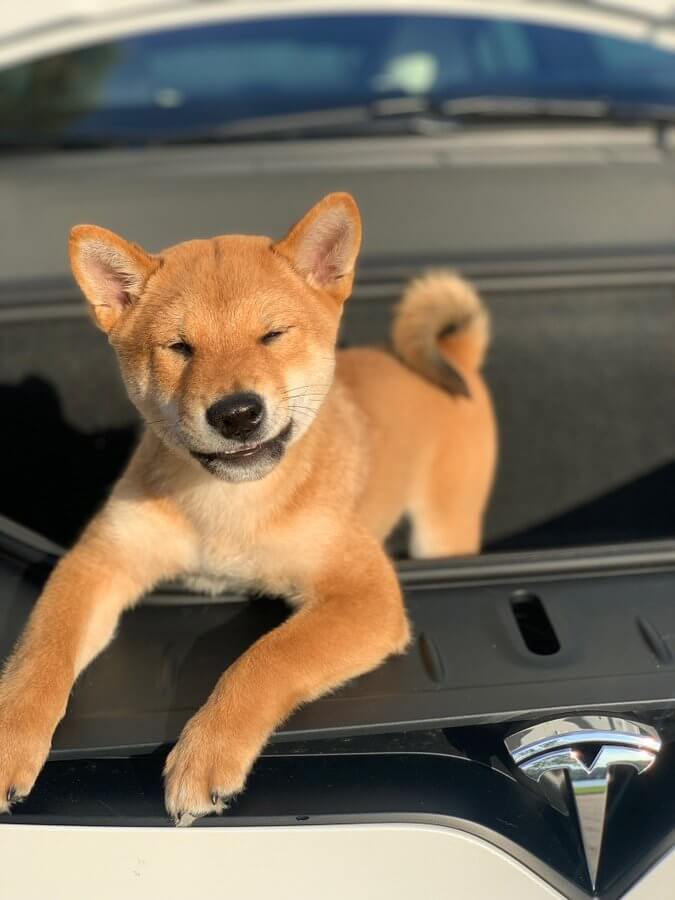 Crypto villain Elon Musk tweeted a picture of his Shiba Inu puppy in the front trunk of a Tesla, accompanied with the caption “Floki Frunkpuppy.”

Although many assumed Musk’s crypto influences had waned since his Bitcoin outbursts in May, today’s tweet shows he still commands a great deal of clout when it comes to digital assets.

Doge-inspired tokens spiked on the tweet. But when analyzing price gains, it’s interesting to note that Dogecoin fell way behind versus the army of clones that have sprung up in an attempt to usurp the original.

What does this suggest?

Surprisingly, underdog token $SHIB led the top-100 with 51% gains over the last 24-hours. The second-biggest gainer, $KLAY, falls way behind in terms of percentage gains, at 14%. 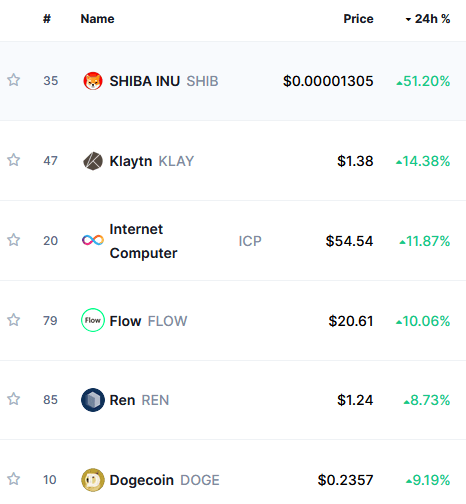 The price spike sent $SHIB above $0.00000983 resistance, which has proven a difficult barrier to crack going back to mid-July.

What’s more, a continuation of buying today sees $SHIB build on this momentum resulting in a 45% swing to the upside on Tuesday’s open.

Dogecoin also enjoyed a much-needed boost, but its 24-hour gains came in at just 9%. Although this was enough to break 2-week resistance, at the $0.2232 level, the move was much less dramatic compared to $SHIB.

In addition, a look at the top five gainers across the entire market shows three of the five as doge-inspired micro cap tokens. With Flokinomics gaining an unreal 839% over the last 24-hours. 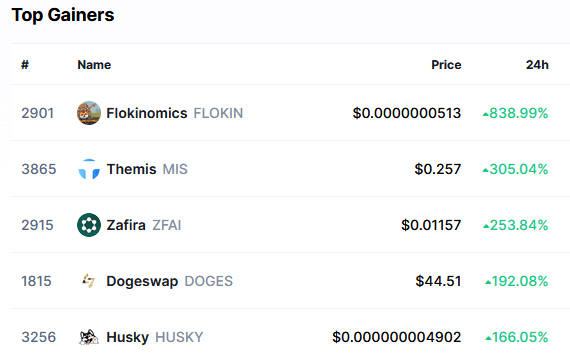 On that, Twitter user @ProTheDoge felt it necessary to beg $SHIB holders to recycle profits into Dogecoin. This, he said, would be a win for all.

“If everyone just took their gains from their #shiba coin today and came to the #doge army we would all win together. I’ll never get behind a coin that originated as the “#dogecoin killer”. We Do Only Good Everyday around these parts.”

Recent times have seen Dogecoin get serious. The Dogecoin Foundation formalized its structure, and several key figures have put forward payments as a definitive use case.

However, the crypto market has failed to respond.

What drove Dogecoin to dizzying heights earlier this year was the fun factor spurred by a feeling of sticking it to the system, as proliferated by the WallStreetBets movement.

By formalizing its organizational structure and proposing a use case, Dogecoin is no longer fun, and nor is it a metaphor for nonconformity.