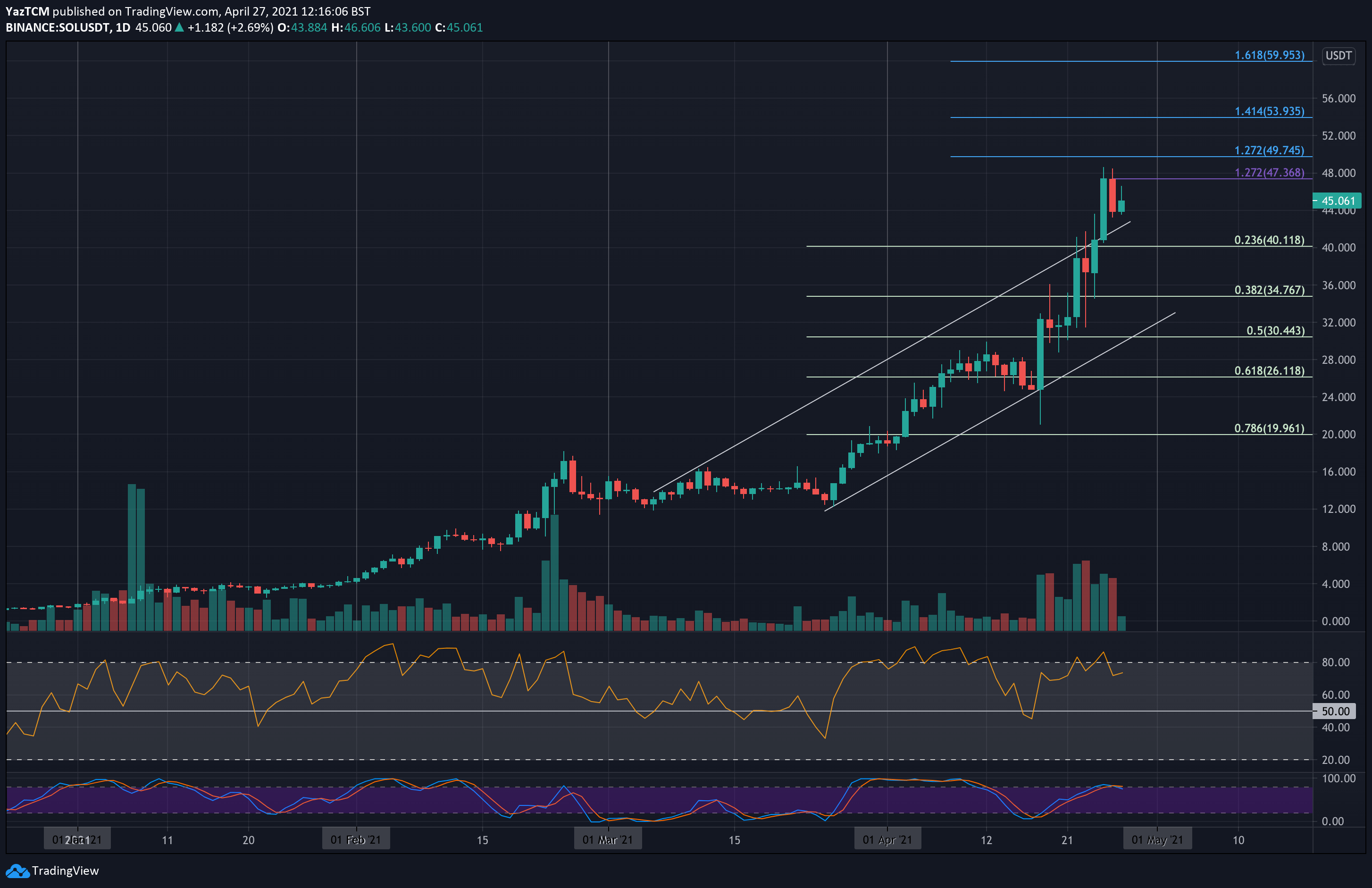 SOL saw a powerful week of trading in which it managed to surge by a strong 42% to reach a new ATH at $48.65. The cryptocurrency was trading at $32 at the start of last week as it started to surge higher. The monthly returns of SOL are even more impressive as they draw near to 200%.

Over the weekend, SOL managed to break above an ascending pice channel as it surged past resistance at $40 and set the new ATH price. More specifically, it was unable to close a daily candle above resistance at $47.37 (1.272 Fib Extension) and dropped lower from there yesterday to hit the support at $44.

It has since bounced from $44 today to hit the current $45 price.

The RSI remains strongly in the bulls’ favor as they completely control the market momentum. The Stochastic RSI is primed for a bearish crossover which might cause a short-term retracement for SOL.

Against bitcoin, SOL managed to reach as high as 0.01 BTC over the weekend, setting a new ATH price there. The cryptocurrency was trading beneath 0.0006 BTC at the beginning of the previous week as it started to surge higher to set the new ATH.

The RSI remains in the bulls’ favor but is starting to fall, which indicates the bullish momentum is showing hints of fading. This is typically healthy as it allows the bulls a break as the market retraces before continuing the bull run higher.

2021-04-27
Previous Post: Crypto Investors Sacrificing Personal Relationships To Remain In The Game: Survey
Next Post: The NVT Bitcoin price metric has just hit the most bullish spot, now points to $100,000