Sotheby’s auction house is getting into the NFT game 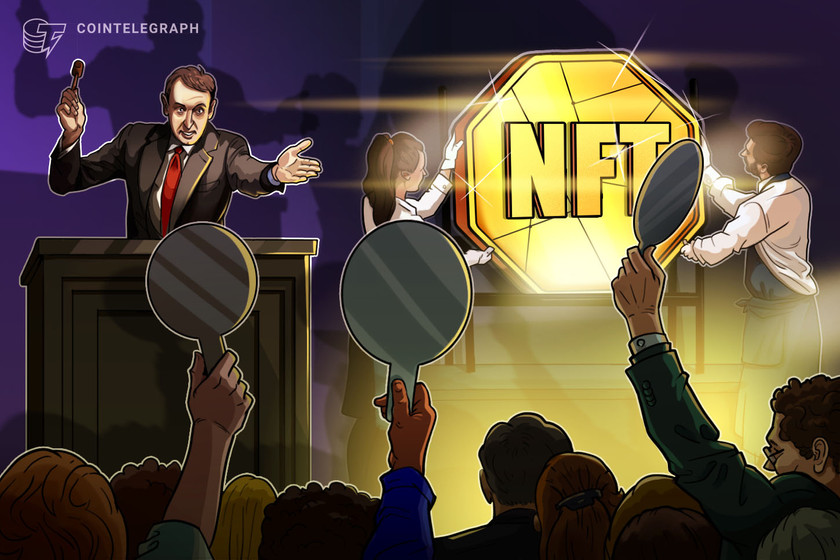 The creation and sale of nonfungible tokens, or NFTs, has become a revolution that is increasingly difficult to ignore. On March 16, British-American auction house Sotheby’s announced that they too would be entering this burgeoning ecosystem with the sale of tokenized art by a creator known only as “Pak.”

“We’ve been following the NFT space for some time and we’re excited this morning to be announcing an upcoming sale next month with an artist who is known as Pak,” Charles Stewart, the CEO of Sotheby’s, said on Tuesday during an interview with CNBC.

Pak’s anonymity has led to some discourse over whether they are a single entity, or a collective of multiple artists all operating under a single mononym. A September 2020 article from The Control noted that Pak might even be an artificial intelligence program or bot. Whatever the case, the artist is no stranger to the digital art space, boasting “decades” of experience according to Stewart.

Though NFTs first appeared in 2017, they have gained significant traction in the cryptocurrency industry over the past year. These tokens are provably unique, and therefore capable of representing individual items of tangible value. If two assets share fungibility, individuals can swap one for another, with no loss of fidelity. For example, making a copy of a document on your computer, produces an exact clone of that file’s data down to the byte. Both the original file and its copy would be interchangeable one-to-one, and therefore fungible. In contrast, a nonfungibly saved piece of data is provably unique, and therefore rare. Nonfungible tokens provide each individual asset with a traceable provenance, which acts similar to an autograph or certificate of authenticity.

“It’s still very early, needless to say, with crypto art in general,” Stewart told CNBC when asked about the quantity of digital artists that Sotheby’s will host. “This is new for all of us,” he said, adding “but there’s a lot that’s really exciting and we think has staying power.”

Stewart explained Sotheby’s decided to work with a well-known figure for its inaugural dive into the niche. This is what led them to Pak. “We’re going to be selling both one of one works of art [and] also what are called open editions in the NFT world, where many people can buy tokens for the same work,” he said, subsequently noting more unspecified upcoming “surprises” in the weeks ahead.

“I do think this is the start of something that you’ll see more frequently,” he explained. “This really has the potential to bypass a lot of the traditional gatekeepers and vetting processes of the physical art world.”

NFTs have popped up in many headlines over the past few months, with some art pieces selling for tens of millions of dollars.