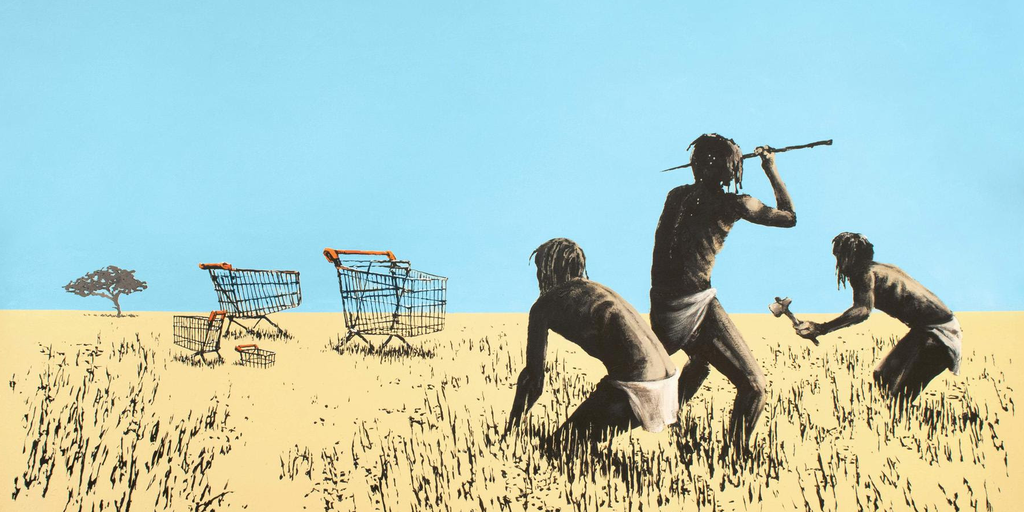 Sotheby’s recently stepped up its crypto market play with the launch of its Metaverse online NFT marketplace, which yielded multi-million-dollar sales during its initial auction. Now the storied auction house is bringing cryptocurrency bids into its live auction experience.

Today, Sotheby’s announced that it will accept live, in-person Ethereum (ETH) bids for next week’s auction of a pair of artwork pieces from the vaunted pseudonymous street artist, Banksy. Both are physical pieces—not NFTs, or digital compositions.

The auction house will put up “Love is in the Air” and “Trolley Hunters” at a live auction on November 18 in New York. Sotheby’s previously sold a different rendition of “Love is in the Air” in May and allowed final payments in Bitcoin or Ethereum, but bidding was handled in U.S. dollars.

In this case, auctioneer Oliver Barker will field live bids in Ethereum. The final hammer price can be paid in ETH, Bitcoin, the USD Coin (USDC) stablecoin, or fiat currency, according to Sotheby’s, but the actual bidding increments will be handled in ETH.

“Trolley Hunters,” a painting which depicts a trio of prehistoric hunters trying to wrangle a group of shopping carts, is estimated to sell for between $5 million and $7 million worth of ETH.

This new version of “Love is in the Air” (numbered 13/15), which shows a protester about to fling a bouquet of flowers, has a pre-sale estimate of $4-$6 million in ETH. The previous version from May was estimated at $3-$5 million, but ultimately sold for $12.9 million.

Both Banksy pieces are part of the “The Now Evening Auction,” which also features artwork from the likes of Mark Bradford and Yoshitomo Nara. However, only the Banksy auctions are set to feature live bidding in ETH.

Ethereum set a new all-time high price yesterday at $4,878, according to data from CoinGecko, although it’s down just over 1% over the last 24 hours. The price of ETH has grown more than 35% over the last 30 days.