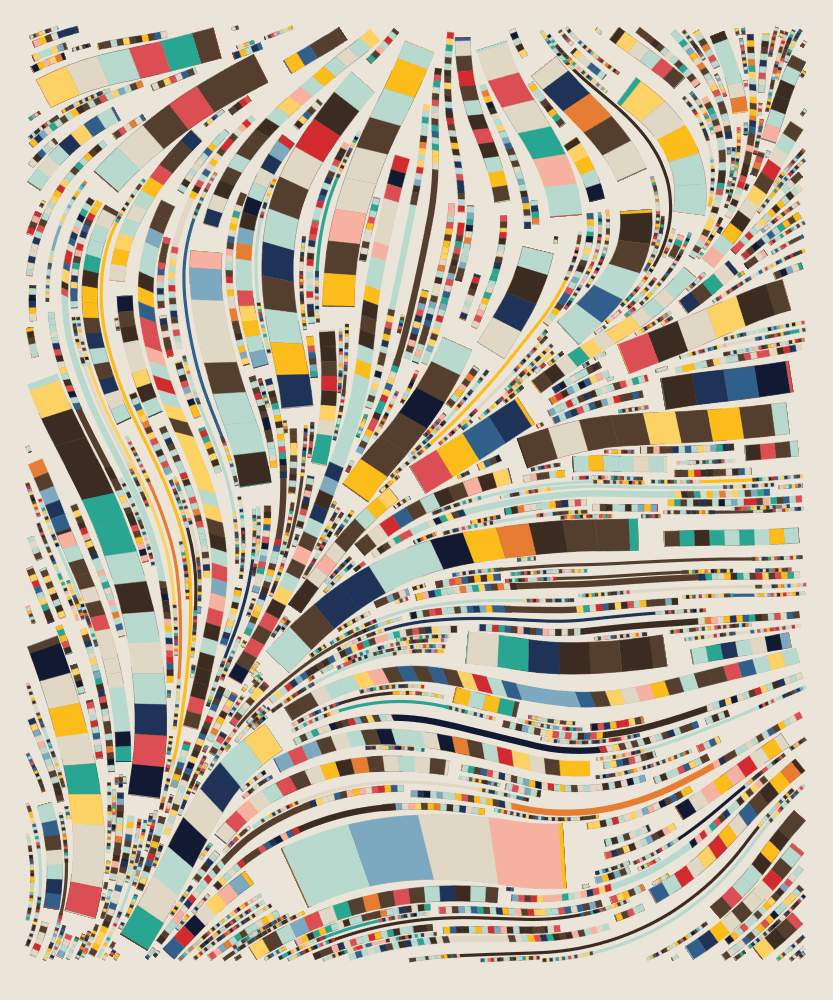 Even more staggering, the seller, who goes by the OpenSea username “PizzAle,” paid 0.58 ETH (around $1,100) for it two months ago, marking an impressive return on investment.

The Fidenza collection launched in June this year and comprises 999 different NFT artworks. Each piece is formed using an algorithmic technique to create unique colored rectangles and squares patterns to fill the canvas space.

Hobbs described the technique as capable of producing an extensive range of scale, texture, and color. In turn, this melds together to “create a wide array of generative possibilities.”

“Fidenza is by far my most versatile algorithm to date. Although the program stays focused on structured curves and blocks, the varieties of scale, organization, texture, and color usage it can employ create a wide array of generative possibilities.”

The NFT market is making a comeback

While the NFT market had gone south for a brief period, a series of high-profile sales recently suggests a comeback is in the making.

For example, the Stoner Cats collection sold out within 35 minutes of release, earning $8 million in the process. What’s more, demand was such that congestion on the Ethereum network pushed gas prices to 600 gwei at the time.

There’s also a buoyant appetite for CryptoPunks, with demand creating an average selling price of $135,000 per punk.

OpenSea co-founder and CEO Devin Finzer said his platform had processed $95 million in volume, in two days, from the start of this month.

Coinciding with a return of bullishness in cryptocurrencies, the NFT sector also appears to be on the up.

Having said that, when it comes to overpriced NFT artwork, social media chatter continues to paint a picture of disdain.

In response to the sale of Fidenza #313, the most liked Twitter comment pointed out that it’s free to save the picture.

“Cost me 0 ETH to save this to my computer just now.“

Also, another comment posed the possibility that the sale of Fidenza #313 was a wash sale to price inflate the piece/collection artificially. This user then mentioned money laundering, which is now becoming a recurrent theme with expensive NFTs.

Who can tell this is not used for money laundering

Art in the digital age, or money laundering technique? Perhaps a bit of both. In any case, the jury is still out on NFTs.