Stackswap Raised $1.3 Million Round, How It’s Ready To Launch A DEX On The Bitcoin Network With Stacks 2.0 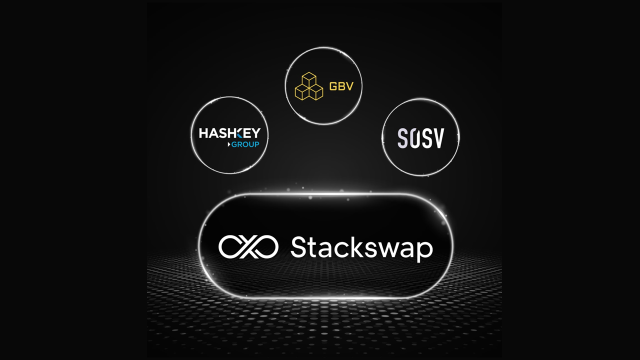 After successfully raising $1.3 million in a private round, Stackswap is gearing up to launch the first fully decentralized exchange (DEX) on the Bitcoin network. Power by the Stacks’ PoX mechanism, the DEX will operate via direct Bitcoin transactions on every block.

Stackswap’s first round was led by the Stacks Foundation and saw additional participation from some of the biggest names in the crypto space, such as HashKey, Genesis Block Ventures (GBV), and SOSV. The partners see eye to eye on the platform’s ultimate objective: to become the largest decentralized exchange running on the Bitcoin network.

To be launched this month, November 2021, the platform will use Bitcoin as its first layer and Stacks’ mainnet as a second layer solution to power the smart contract capabilities that will support the DEX. In addition, the platform will benefit from Bitcoin’s base layer security and decentralization to keep an immutable record of every transaction.

In order to achieve that goal, Stackswap has developed a PoX (Proof-of-Transfer) consensus mechanism. Thus, making the first and only DEX capable of running its protocol on top of the Bitcoin network.

In that sense, Stackswap will usher a potential shift in the market dynamic for the DeFi sector. Mostly dominated by Ethereum and the top protocols that offer decentralized financial services, such as Uniswap, dYdX, and others, Stackswap could take over some of its market share by expanding Bitcoin’s utility beyond its use as a synthetic asset to provide collateral in the form of Wrapped Bitcoin.

The project and its objective signal a new era where Bitcoin could take over the spotlight from the altcoin-oriented DeFi sector. Stackswap’s DEX could potentially inject capital into the BTC ecosystem by attracting the attention of institutional investors and users seeking to benefit from its functionalities and leverage a fresh liquidity channel driven by the advantages of the Bitcoin network.

What’s Behind The First DEX That Will Run On Bitcoin?

The PoX consensus algorithm which allows the Stacks Protocol to bring smart contract capabilities to BTC’s base layer uses two independent blockchains, Bitcoin and Stacks. The algorithm operates as a bridge that connects the former with a 1:1 block ratio to the latter.

In that way, Stacks can verify every single transaction recorded on the Bitcoin blockchain. This mechanism is far more energy-efficient because the PoX can recycle the computing power used to mint new BTCs.

The Stacks protocol has already launched a partnership with MiamiCoin, the local initiative backed by the Miami government and the city mayor Francis Suarez. A pioneering project in the U.S., it’s expected to bring a stream of revenue to the city without the need to raise the tax requirements for its citizens.

The projects demonstrate the potential of the Stack Protocol and the Stackswap Launchpad. This mechanism allows initiatives build on Stack, such as the Stacks Accelerator, a project supported by the Bitcoin Maximalists community seeking to bring DeFi functionalities to Bitcoin, to be automatically reviewed by the protocol’s venture capital partners to receive financial and accelerator support.

How Stackswap Will Power The DEX Protocol Of The Future

Stackswap will offer its users the traditional features that have made DEX popular in the altcoin DeFi sector. This includes permissionless and censorship-resistant trading via swaps, liquidity mining, and some new functionalities.

The DEX will allow its users to launch their own tokens via a Launchpad, the ability for liquidity providers to create trading pools, and the possibility to launch token compensation programs with Stackswap’s PoXL mining. Thus, the platform will provide users with more options to maximize theirs profits by staking the platform’s native token STX supported by an innovative Bitcoin-based reward payment system. This design will create unprecedented support for early-stage entrepreneurs in the Bitcoin ecosystem.

In addition to the financial support received in their first private round, the Stacks protocol that powers Stackswap has received investment from Coinbase Ventures and Winklevoss Capital, two of the most prominent firms in the space. The Stack Protocol running on top of Bitcoin was the first token sale approved by the U.S. Securities and Exchange Commission (SEC) which gives further legitimacy to the project.

The Stackswap team said the following about their DEX and the potential for Bitcoin to become the new DeFi hub in the crypto market:

“We are very happy that Stackswap will be able to engage with a wider scope of audience and institutions on our new trading platform through this investment. We have a very competent global team of professional developers who have researched and have had extensive experience with the DeFi and related systems for a long time.”