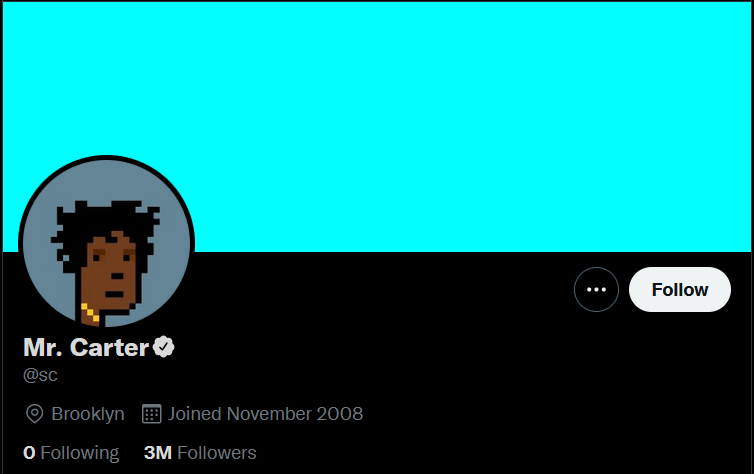 Lifetime sales of CryptoPunks top almost $1.2 billion. If that wasn’t enough, things are about to get a whole lot wilder as its creators sign up with the top Hollywood talent agency United Talent Agency (UTA).

The deal will see CryptoPunks, and fellow stablemates Meebits and Autoglyphs, get representation on film, TV, video games, publishing, and licensing.

It’s widely expected that this will take CryptoPunks, and NFTs in general, further into mainstream settings. And may even chip away at the cynical public perception of non-fungibles.

CryptoPunks are on a roll

Earlier this week, CryptoSlate reported that CryptoPunks had reached $1 billion in lifetime sales. A phenomenal achievement by any standard.

However, in a matter of days, almost $200 million in sales has been added to that running total. And with that, it’s clear that demand for the wacky 8-bit themed punks shows no sign of let-up.

His comments came in reference to rapper Jay-Z changing his Twitter avatar to a CryptoPunk he purchased in April. The punk in question is #6095, described as wearing a gold chain with wild hair and has a loose resemblance to Jay-Z.

As far as unique features and accessories go, #6095 is not the most sought after, with alien types topping the list of most expensive. Nonetheless, it still cost the rap mogul a not inconsiderable 55 ETH ($123,601).

UTA is classed as one of the big four agencies in Tinseltown. Its list of clients includes a catalog of A-listers such as Johnny Depp, Angelina Jolie, Susan Sarandon, Harrison Ford, Owen Wilson, Gwyneth Paltrow, and Channing Tatum, to name a few.

Head of UTA Digital Assets, Lesley Silverman, said the deal is one of the first crypto IPs to cross into the “broader entertainment space.”

She also added that CryptoPunks has captured the spirit of the times in a “tremendous way,” making this a well-deserved win for the brand.

“I would say that it is one of the first opportunities for an IP that fully originated in crypto-world to enter a broader entertainment space, and they earned it.

They really have hit the zeitgeist in a tremendous way.”

Co-founder of Larva Labs, Matt Hall, said he was excited to work with UTA in taking his projects forward. This, he sees, as a way to sustain growth into the future.

“Not only for the exciting opportunities to bring them wider exposure, but to help protect their growth and value for the long term.”

The post Things are about to get wilder as Hollywood comes knocking for CryptoPunks appeared first on CryptoSlate.