This Week on Crypto Twitter: The Wolf of Wall Street, SHIB Boasts and CryptoPunks 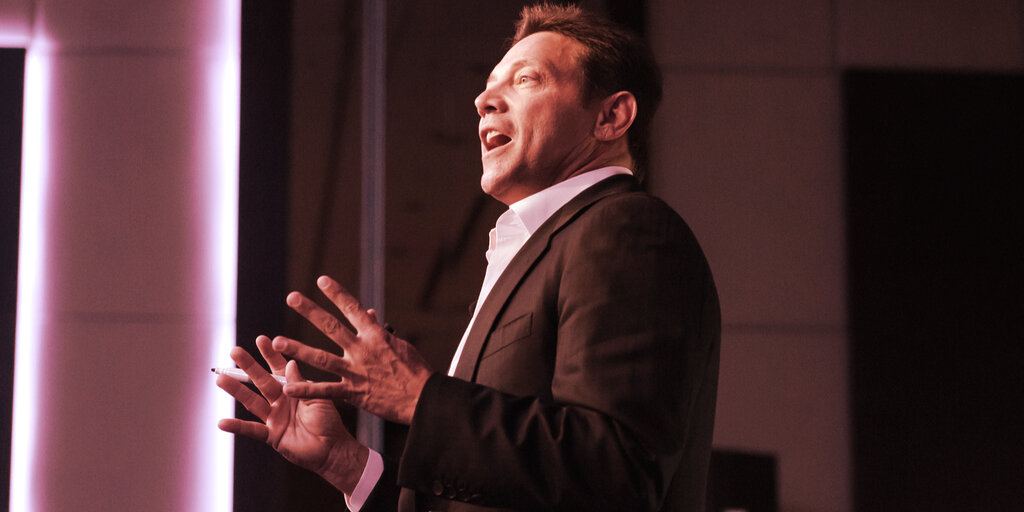 After Bitcoin’s all-time high boosted traders to altitudes never reached before, the past few days included plenty of surreal and heady moments on Crypto Twitter.

First, remember Leonardo Di Caprio’s dramatic “I’m not leaving!” scene from The Wolf of Wall Street? If not, fear not: the real wolf, a trader called Jordan Belfort, is no different in real life. On Monday, Belfort proclaimed his love of NFT Twitter after sharing his purchase of CryptoPunk #6033. “NOW THAT I’M HERE, I’M NOT FUCKING LEAVING!” he bellowed from his keyboard.

The more the merrier! Or so you might think. After Belfort announced his stake in the revered Punk community, several notable NFT related personas politely asked the wolf to “please leave”, speculating that Belfort could be building up hype before he releases his own NFT collection.

On the same day, NFTs captured the zeitgeist yet again when American actress Reese Witherspoon thanked her Twitter supporters for a number of NFT recommendations ahead of next week’s NFT NYC event – specifically those created by the burgeoning class of female artists and creatives. “So many amazing projects to discover,” she tweeted.

Thanks to everyone who has been sending me NFTs… So many amazing projects to discover. @HelloSunshine wants to highlight & support female creators in every space and that is why we will be at #NFTNYC!

Buried under Tuesday’s voracious price action, Pepe NFT aficionado Matt Garcia tweeted about a discreet “Sothebyverse” auction for a RarePepe NFT called Pepenopolous. He said the NFT, created in 2016, is “much rarer” than the nine Alien CryptoPunks created in 2017 by Larva Labs, since there are just seven RarePepe NFTs.

Garcia said, “considering that a rare punk sold for $12 Mill, this Pepe – rarer and more OG than that punk – is still extremely cheap.” On Wednesday, the NFT later sold for $3.65 million to a pseudonymous collector called “Rhincodon”, who also bought a rare “Solid Gold” Bored Ape for $ 3.4 million.

Next up, Shiba Inu token. As the self-proclaimed “DogeCoin Killer” steadily increased its position on CoinMarketCap global rankings throughout the week, so too did an uptick of ‘How it started vs How it’s going’ tweets. They spread like weeds, with several loyal SHIB hoarders sharing before and after shots of their wallets.

On Thursday, Shiba Inu briefly surpassed Dogecoin, the meme coin that SHIB takes inspiration from. When that happened, an onslaught of angry fans of large-cap coins said that it makes their favorite cryptocurrencies look bad. “People may not care about the overarching branding or backstory of an asset if it doesn’t perform according to their expectations,” tweeted ILiveInLambo.

It destroys the thesis of ‘lindy effect’.

People eventually don’t care about the branding if it doesn’t perform.

Others, like CryptoCobain, joked about the absurd profits realized by anyone and everyone who invested the meme coin at least one year or more ago. The highest recorded profit shared by Morning Brew recorded one wallet gaining a total of $5.7 billion from an initial $8,000 investment in August 2020.

We may actually be looking at the greatest individual trade of all time. pic.twitter.com/LtdgQ83bKP

On Friday, the memetic madness that surrounded Shiba Inu and DOGE was quickly displaced with the Ethereum community, who celebrated a new all-time high of $4,416 by apeing harder into ETH. ETH hit the record two days after the network completed its Altair upgrade.

Around the same time, a record-breaking “sale” of CryptoPunk #9998 for $523M briefly dominated Twitter feeds while also sparking speculation of potential money laundering, tax evasion, or artificial price manipulation. Although it was soon revealed to be nothing more than a flash loan, CryptoPunk creators Larva Labs tweeted that while the bid was technically valid, they will be adding filters to avoid notifications of similar transactions in the future.

PSA: This transaction (and a number of others) are not a bug or an exploit, they are being done with “Flash Loans” (https://t.co/Q5bDL1QkWP). In a nutshell, someone bought this punk from themself with borrowed money and repaid the loan in the same transaction. 1/2 https://t.co/EgS7aiga3j

Overall, and although details of the “sale” have been clarified, Punk #9998 has claimed a seemingly insurmountable top spot amongst Larva Labs list of Punks ranked by their top sales by Ether value.

Throughout the week, the team behind Yearn Finance took potshots at Aave, while Aave contributors tried their hardest to soil the reputations of Yearn contributors. All of this span out of a $130 million hack on Cream Finance, a protocol that had integrated with Yearn. Cream was one of several Yearn-integrated protocols to have been hacked over the past few years.

Yearn’s developers, in turn, claim that Aave is vulnerable to the same exploit. Stani Kulechov, founder of Aave, told Decrypt that things are okay now. That said, “We build together but it’s always tricky once everyone is looking at their own communities,” said Kulechov.

What larks will next week in Crypto Twitter bring?