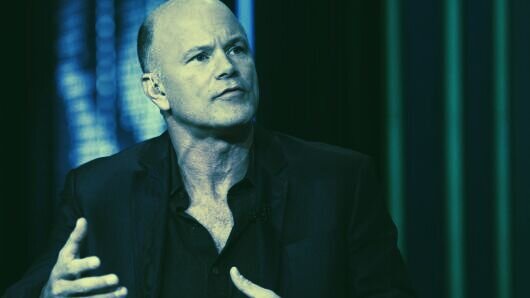 Mike Novogratz, CEO of digital asset firm Galaxy Digital, has argued that cryptocurrency exchanges should switch over from listing Bitcoin to listing satoshis (SATS), the smallest unit of the cryptocurrency.

Novogratz made the case for SATS in a tweet, published over the weekend.

It is time to switch to Satoshis. Too many people telling me at $58,000 $BTC too expensive. Which exchange will be first to quote in SATS? @cz_binance @brian_armstrong @SBF_Alameda @tyler

“It is time to switch to Satoshis,” Novogratz wrote, adding that “many people” had told him that Bitcoin at $58,000 is too expensive. “Which exchange will be the first to quote in SATS?” he asked.

Novogratz also tagged some of the heads of the world’s most popular crypto exchanges in his tweet, including Changpeng Zhao of Binance, Brian Armstrong of Coinbase, Sam Bankman-Fried of FTX, and Tyler Winklevoss of Gemini.

Bitcoin—today, at least—is expensive, at about $58,000 per coin, making it seem dauntingly out of reach for crypto newcomers who may not realize that it’s possible to buy fractions of a Bitcoin.

Listing SATS could help to make Bitcoin more accessible. “While it makes financially no difference to change the denomination from BTC to SATS, it has a psychological impact that likely helps further adoption,” Ingo Fiedler, co-founder of the Blockchain Research Lab, told Decrypt.

But according to his tweet, Novogratz is arguing for directly replacing BTC with SATS. That might be too far for some. After all, while Bitcoin may be a household name, satoshis don’t have nearly the same level of brand recognition.

“The sensible action is for exchanges to duplicate their BTC/USD trading pair to offer both denominations while sharing the orders between them to keep liquidity,” Fiedler added.

But what are SATS?

SATS are the smallest divisible denomination of Bitcoin. Unlike pounds or dollars, which are comprised of 100 pennies or cents, there are 100 million SATS in each Bitcoin. At Bitcoin’s current price, a satoshi’s dollar value is $0.0005776.

If Bitcoin’s price remains in its current range, or climbs higher, it becomes increasingly possible that prices for smaller transactions could be quoted in SATS, since for most everyday transactions, prices are unlikely to exceed one BTC.

“Until recently, using Bitcoin as the main accounting unit was the logical choice,” Jason Deane, Bitcoin analyst at Quantum Economics, told Decrypt, adding, “Since this headline measure is approaching a value that seems impossible for small-to-medium level adopters, it makes sense to begin transitioning to satoshi at this point.”

In other words, when you buy your morning coffee with Bitcoin, it would be easier to spend 25 SATS than 0.00000025 Bitcoin.