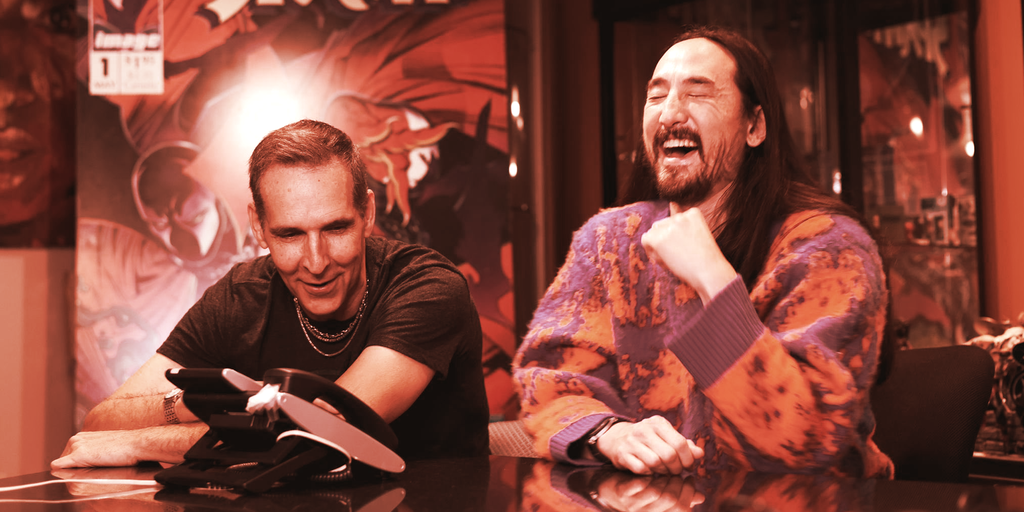 Back in 1992, comic book creator Todd McFarlane and contemporaries like Jim Lee and Rob Liefeld left powerhouse publishers Marvel and DC to launch Image Comics, a home for bold, creator-owned stories—and flipped the industry on its head in the process.

OddKey—a tweaked portmanteau of “Todd” and “Aoki,” McFarlane told Decrypt—will be a curated NFT marketplace focused solely on creator-owned properties. No third-party licenses will make the cut, nor will knock-offs, and the co-founders will launch their own collectibles along with welcoming as-yet-unannounced creators from across the entertainment world.

“At Image Comics, we came up with this thing where we gave the best possible deal we could to the owners,” said McFarlane. “And then we said, ‘If anybody wants to join us, you basically get the owners’ deal.’ Not surprisingly, people came.”

McFarlane said that OddKey will offer what they believe is the “best deal out in the marketplace” for NFT creators. However, it also gives them the opportunity to work with a pair of creative minds who have each found success across multiple industries.

“The space that you’re coming into—if you have any interest in NFT’s—is going to be headed by creative people,” he said. “You can hang out with people in suits that basically count money, and try to figure out how to skim off of you every day of their life, or you can hang out with us. We already pay our bills. We’re not here to do any of what they’re doing.”

An NFT acts like a receipt for a provably scarce digital item, whether it’s a single-edition illustration, one of thousands of randomized profile pictures, or a sports video highlight. The market has exploded thus far in 2021, including nearly $10.7 billion worth of trading volume in Q3 alone, per data from DappRadar.

McFarlane and Aoki met years ago, the pair said during a joint interview with Decrypt, and had been looking for the right opportunity to collaborate.

Aoki is already well-versed in the NFT space, having released his own artwork via platforms like Nifty Gateway, as well as collecting NFTs—including the CryptoPunk he uses as his Twitter avatar. He also recently partnered with NFT artist pplpleasr to create a piece that sold for $138,600 at Sotheby’s auction, with a portion of proceeds benefiting their plsA0K1 Vault, which supports women NFT artists.

“I love the Image Comics dynamic and model. What Todd’s done for 30 years is very much about that. He’s never changed,” Aoki told Decrypt. “You make it about creators and artists first, and then you don’t need to sell anything. You just bring your own community, and that community comes to you.”

McFarlane famously hasn’t sold his original print pages in 30 years, but will sell original digital artwork of Spawn for the very first time on OddKey as NFTs. Aoki will also release his own NFTs on the Solana-driven platform, plus the pair plan to collaborate on drops. As they gradually welcome in other creators, as well, they aim to push boundaries in the NFT market.

“Because we’re not worried about making money, we’re going to be fearless in our experiments in what we do,” he said. “We’re going to be the guys that are going to try some hopefully experimental, crazy stuff… and a couple of them—fingers crossed—will work. We’re going to invite people to come in with the best ideas.”

OddKey is powered by Solana’s Metaplex NFT protocol, and Aoki said they chose Solana over competing platforms (such as the leading Ethereum) due to aspects like cheaper fees and much less energy consumption from its proof-of-stake consensus model. With low transaction fees, Aoki said, artists on the platform won’t feel like they have to sell only at high prices.

McFarlane joked that Aoki introduced him to NFTs by saying, “Hey boomer, let me explain the world to you.” Now that he knows the scene a bit and is entering himself with OddKey, McFarlane said that he’s excited to enter a new and still evolving market, and explore the possibilities with digital artwork and collectibles.

“I don’t care if big companies want to put a lot of money into the space, “ McFarlane continued. “They are as woefully ignorant as we are as to what’s going to happen five years from now, which basically means that we’re on a competitive level. Whenever you go against a billion-dollar company and they don’t have an advantage, you take it every time.”