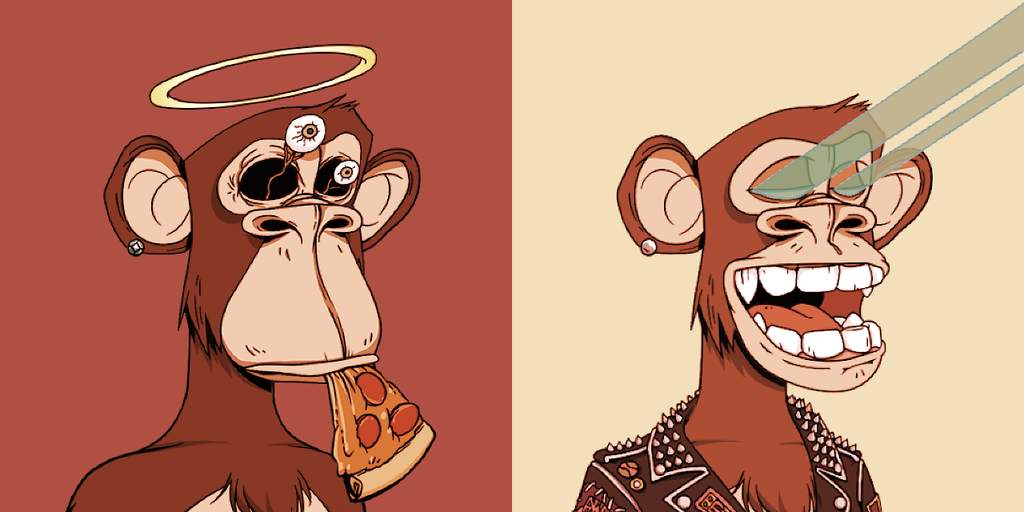 Yesterday, the amount of Ethereum traded daily on NFT marketplace OpenSea jumped from around $48 million to $105 million, according to Dune Analytics.

The last time that the daily volume of Ethereum on OpenSea hit $100 million was on October 15. Back then, it was more of a regular occurrence. Things cooled off for a good month, but a sudden tenfold surge in sales volumes for Bored Ape Yacht Club NFTs yesterday appears to have contributed to the sudden upsurge. Data from Dune Analytics shows a sudden doubling in the volume of Ethereum traded on OpenSea on November 13, 2021.

According to NFT data aggregator CryptoSlam!, the sales volume of Bored Ape Yacht Club (BAYC) NFTs went up 900% overnight, while sales of spin-off Mutant Ape Yacht Club (MAYC) are up 1,100%.

Bored Ape Yacht Club is a collection of 10,000 NFTs that was launched back in April. Each image is a portrait shot of a cartoon ape generated from a combination of up to 170 possible traits. The NFTs are stored as ERC-721 tokens on Ethereum.

The NFT project has received heavyweight backing from the pop world recently. It started last week, when Rolling Stone magazine partnered with BAYC to release 2,500 limited-edition paper zines, each with a Bored Ape on the cover.

On Wednesday, a digitized version of the magazine was put up for auction as an NFT on Superare, alongside another alternate cover inspired by Mutant Ape Yacht Club–a similar collection of 20,000 NFTs launched by BAYC’s creators back in August. There is currently still a day and a half left to bid on them.

On Thursday, Universal Music Group–the biggest record label in the world–announced that it would be forming a Gorillaz style metaverse group called Kingship. The avatars for the group will be based on Bored Ape Yacht Club NFTs owned by collector Jimmy “j1mmy” McNelis.

Fans can expect to see Kingship performing in virtual world settings and releasing more NFTs as the metaverse expands. The group will be managed by Nicholas Adler, who currently manages the crypto-friendly Snoop Dogg, and its music will be put out by a subsidiary of Universal called 10:22PM.

In a similar piece of news, legendary hip hop producer Timbaland announced on Friday that he’s also starting a metaverse band composed of BAYC avatars. To tie in with the project, Timbaland is also setting up Ape-In Productions, a new company that will produce music and animations for the project.

The company will release its first single as an NFT on Wednesday. The song is called ‘ApeSh!t’ and it’s performed by a band called TheZoo.

Yuga Labs, creators or @BoredApeYC has filed a trademark application with the US Patent & Trademark Office for the word mark “APE”
to be used as: cryptocurrency, online games, computer software platform, & development of custom blockchain software… https://t.co/dxn4FyVysw pic.twitter.com/Eo0NFzuGHY