Uses and Advantages of Decentralized Stablecoins 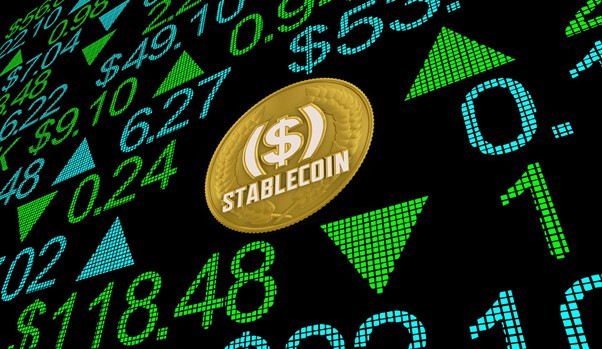 The value of blockchains and cryptocurrencies still mostly lies in the ability to transact without middlemen and centralized authorities. This is what gives value to coins like Bitcoin, Ethereum and many others, even as a new breed of governance tokens is starting to take prominence.

But the volatility inherent to cryptocurrencies is sometimes a major deterrent for newcomers. Some people want to just use a cheap, global and instant network without worrying about its value. For these people, stablecoins are the answer.

Stablecoins have existed since 2014, with the stated purpose of protecting users from high volatility for Bitcoin and Ether without having to cash out to fiat. The value of these coins is very volatile, and making a payment exposes users to potentially major losses (or gains) — especially for BTC and its more than 1 hour confirmation times.

On the other hand, stablecoins are designed to be pegged to a certain value and to guarantee nothing more than soft fluctuations.

The use of stablecoins

Thanks to their reliability, stablecoins can be used for transactions and global payments. Fiat-pegged stablecoins are convenient for international transactions with low fees and easy off-ramps to convert their fiat to crypto, make the transaction, and convert back to fiat.

Probably the most popular stablecoins are USDC and USDT, both pegged on the US Dollar price. USD Coin (USDC) runs on Ethereum, which made it the DeFi-native coin in spite of many other alternatives.

Similarly, Tether (USDT) is mostly used in CeFi, acting as the payment rail to send money between exchanges.

The need for decentralized stablecoins

USDC and USDT are mostly very stable and trusted by users who want to secure their capital. Nonetheless, these are centralized off-chain stablecoins, which means that they are issued by centralized institutions and their value is backed on off-chain assets such as fiat or, as we recently discovered, commercial paper, bonds and a bit of crypto.

The centralization of the assets turns the system into something that is pretty much like a traditional, largely unregulated bank. Despite getting some transparency, the reports we saw so far really raise more questions than they answer. It’s not too impossible to believe that one of these stablecoins may eventually suffer a major confidence crisis and wipe out tens of billions of dollars in value.

The hunt for the best-decentralized stablecoin continues.

The Ardana Dollar (dUSD) on the Cardano blockchain is the latest entrant to the contest. Created on Cardano, Ardana was born with the purpose of filling the gap between the DeFi world and its increasing popularity, and traditional finance’s accessibility and options.

Ardana aims to be a complete stablecoin suite for Cardano, which relies on Cardano collateral assets such as ADA itself or other popular tokens. It will also include a decentralized exchange optimized for stablecoin swaps, which ensures its peg and stability.

Ardana Dollars are generated when users deposit collateral assets into Ardana Vaults. This is very useful for token holders to make use of their stashes without selling, similar to how billionaires live off credit lines backed by their stock holdings.

As an example, users can mint dUSD by depositing ADA into an Ardana vault and drawing a debt for part of its value. dUSD tokens can then be used to return the debt and redeem the underlying collateral of ADA.

Besides having stable value, dUSD works like any other token and it can be sent to others, used as payments for goods and services, and held as savings.

Another cornerstone of Ardana is the choice of using the Proof-of-stake Cardano platform for building its blockchain. Cardano is different from the likes of Ethereum or Binance Smart Chain in that it focuses on real use cases for real people. DeFi on Cardano has the best chance of being used on the ground by people in developing or developed countries. For this and other reasons, Ardana recently raised $10 million from investors like Three Arrows Capital, Mgnr, Mechanism Capital and many others.

The strength of Ardana’s model

There have been lots of attempts at making a stablecoin “better” than the overcollateralized model. So far, the best-decentralized stablecoins are either partially centralized, or they just don’t work.

Algorithmic stablecoins are a popular breed of “decentralized” stablecoins, with Cardano featuring tokens like Djed & ageUSD.

So far, there’s not a single algorithmic stablecoin that worked. The Empty Set Dollar and Basis Cash examples, among many, showcase their spectacular failure. ESD is currently trading at around $0.03. Algorithmic stablecoins are deeply experimental in the best of cases, and a highly concealed attempt at making a Ponzi in the worst.

The Ardana stablecoin, on the other hand, is verifiably backed by an excess of on-chain collateral so that users can always be sure that their stablecoins will retain their value and have easy fungibility. dUSD is indeed the only decentralized stablecoin on Cardano and the only way to avoid trusting stablecoin operators.

As we’ve seen, stablecoins are made for users who want to secure their capital and operate without high fluctuation risks or losses from fees.

But using centralized stablecoins is still a risk that runs counter to the crypto ethos. It may work for now, but eventually, we will see a new lesson in why decentralization is good. The most reasonable solution is using a transparent and decentralized mechanism such as the Ardana Dollar.