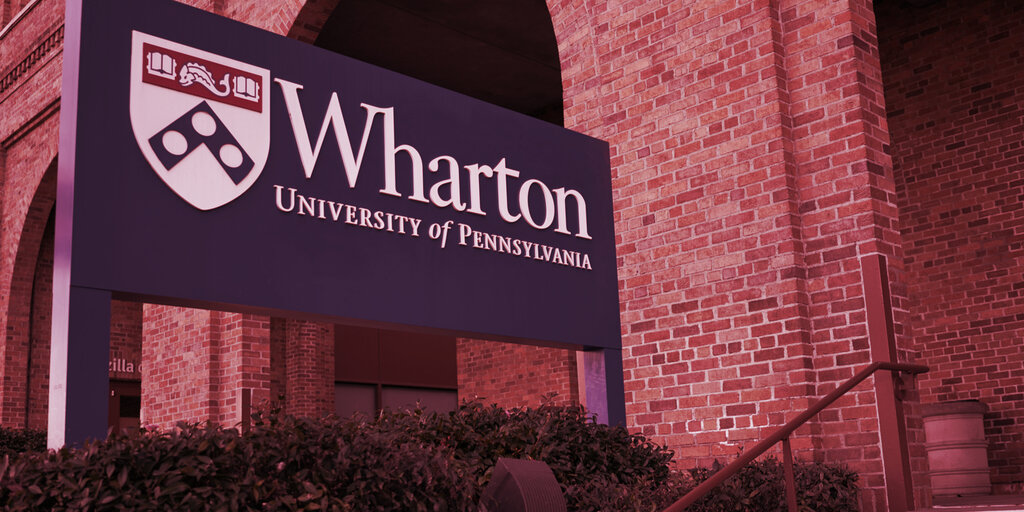 The Wharton business school at the University of Pennsylvania is launching an executive education program in blockchain and, fittingly enough, will let students pay for it in crypto—making it just the second American college to accept Bitcoin.

Starting today, students will be able to choose crypto from a tuition payment menu that also includes PayPal and credit cards. Those who do will be able to pay using Bitcoin, Ethereum or the USDC stablecoin.

Wharton will rely on Coinbase Commerce to process the payments. Coinbase charges merchants a 1% fee to use the service, but the school is not passing on the fee to students. According to a Coinbase spokesperson, payments can be made with any on-chain wallet.

For now, the crypto payment option is limited to those who enroll in the six-week executive education course, titled “Economics of Blockchain and Digital Assets,” which is offered online and aimed at professionals from the world of finance.

University of Wyoming to Generate Revenue From Crypto Staking

“It costs less than one Ethereum [token] at current prices,” notes Reed Cataldo, one of the course administrators.

The broader Wharton business school has yet to introduce crypto tuition payments. But according to Cataldo, the blockchain payment option is likely to be adopted elsewhere at Wharton as well as at other schools in the future.

Meanwhile, the University of Pennsylvania is no stranger to Bitcoin—the Ivy League school announced earlier this year that it had accepted its bigger ever crypto gift from an anonymous donor who gave $5 million in Bitcoin to support innovation in finance.

Penn, which requires crypto donations to be at least $10,000, has been accepting crypto gifts for years, as have other American universities.

But, until now, only one other U.S. college has let students pay tuition in crypto: King’s College in New York began the practice in 2014. A handful of overseas schools have also accepted BTC. They include Lucerne University of Applied Sciences in Switzerland, the American University of Paraguay, and FPT University of Vietnam.

2021-10-28
Previous Post: Why crypto strategists predict Ethereum to cross the $5000 mark before 2022
Next Post: NFT featuring candid photos of Donald Trump is up for sale for 240 Ethereum