What is Chia (XCH)? How to Farm It With a Hard Drive 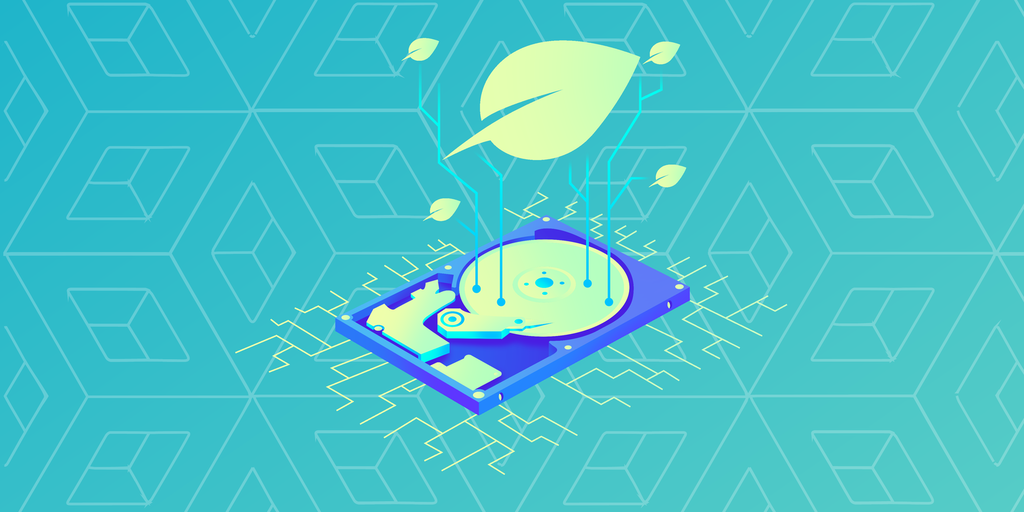 Cryptocurrency mining has been making headlines—and not the good kind. An increasing focus has been placed on the environmental impact of crypto mining, particularly the energy-intensive “proof of work” (PoW) mining employed by Bitcoin and (for the time being) by Ethereum.

Chia aims to change all that, with a novel “proof of space and time” consensus mechanism that uses storage, rather than processing power, to secure the network. Its creators claim that it’s more secure, more distributed, and less wasteful than proof of work cryptocurrencies like Bitcoin—and it’s already proved popular with miners, who’ve been snapping up the hard drives required to “farm” it.

Here’s how it works—and how to get started as a Chia farmer.

Developed by BitTorrent creator Bram Cohen, Chia was first conceived of in August 2017 and launched in May 2021, with farming rewards coming online in March and the cryptocurrency going live with transactions enabled in May.

Where Chia differs from other cryptocurrencies is in its unique “proof of space and time” consensus mechanism, the method by which the blockchain is secured.

Chia was developed by Bram Cohen, the inventor of BitTorrent.

How does Chia work? What is proof of space and time?

Chia uses a unique consensus mechanism (the system that guarantees the integrity of a blockchain). Where Bitcoin uses a proof of work model based on processing power, and blockchains such as Flow and Cosmos use proof of stake, Chia uses something called “proof of space and time.”

Instead of having powerful computers compete to solve math problems, Chia uses space on hard drives (HDDs) and solid-state drives (SSDs), coupled with a lottery mechanic. Chia “farmers” write 100GB “plots” on their hard drives; each plot is then filled with hashes. When a new block is added to the Chia blockchain, its hash is compared with the hashes on farmers’ drivers. The user with the closest match wins the block and receives the block reward.

That’s the “proof of space” element. However, because filling hard drives with data doesn’t take much computational power, in theory the chain would be vulnerable to a “grinding” attack, where an attacker tries multiple possibilities to hit on the best one.

To protect against this, the network also requires that a specific amount of time has elapsed between blocks; that means users can’t simply rewrite plots indefinitely in order to crack the solution.

What’s so special about it?

The main advantage of Chia’s proof of space and time model, it claims, is that it’s more environmentally friendly than proof of work cryptocurrencies like Bitcoin.

Because Bitcoin requires miners to make an investment of processing power (and, by extension, electricity), it has spurred an arms race among miners. The total electricity consumption of the Bitcoin network is now greater than that of some countries. The flooding of a Chinese coal mine in April 2021, and its impact on the Bitcoin mining industry, has also served to demonstrate the cryptocurrency’s continuing reliance on fossil fuels.

By focusing on storage space rather than processing power to secure its network, Chia consumes orders of magnitude less energy. However, as some critics have pointed out, that doesn’t mean it has no impact on the environment. Because it requires hard drives to be used for the sole purpose of farming Chia, the environmental impact of manufacturing those drives can be attributed to Chia. Running a proof of space node also requires that some electricity be consumed, which, although substantially less than that of a proof of work node, is still more than zero—the amount that would be consumed if Chia didn’t exist.

There have also been claims that Chia farming damages drives, particularly the smaller SSDs used for “plotting” by farmers. Although Chia founder Bram Cohen has disputed the idea that Chia “burns out” hard drives as long as farmers stick to HDDs or enterprise-class SSDs, German cloud service provider Hetzner has banned crypto mining on its servers, citing concerns that Chia farming could lead to premature breakdowns of its storage drives.

If you plot with a plain old HD or an enterprise-class SSD then your drive will survive no problem. Plotting on hard drives, including the one which you’ll probably leave your plot on, works fine. It’s a bit slower and requires more head room, but works fine.

And if Chia farming does cause drives to wear out prematurely, it could lead to a corresponding increase in e-waste, denting its environmentally friendly credentials.

What is XCH token?

XCH is the native token of Chia Network. It’s used for transactions and to provide rewards as incentives for users.

Where and how to buy XCH

As a relative newcomer to the cryptocurrency space, Chia’s XCH token isn’t available on many of the leading exchanges such as Coinbase and Binance. It can be bought at OKEx, Gate.io, and MXC, among others. Here’s a step-by-step guide to purchasing XCH at OKEx, first by buying Tether, a stablecoin, and swapping it for XCH. Step 2: Once you’ve loaded up your wallet with USDT, head to the Markets page and scroll down until you find Chia’s XCH cryptocurrency. Click on it, then click on the tab marked “Convert.” Pick an amount—here we’re converting 20 USDT—and click the “Convert now” button. You should now have XCH in your exchange wallet. How to farm Chia with a hard drive

Chia farming is rather different from conventional crypto mining. In order to plant your crop, you’ll need to stock up on some storage first.

Chia farmers typically write their plots on a large, fast SSD—small consumer-grade SSDs will wear out quickly, and HDDs, while offering large storage capacity, are much slower. The farmers then transfer their finished plots over to a large HDD. Chia plots are just over 100GB, but require up to 350GB of temporary storage. You’ll need to consider your initial outlay carefully, including SSD capacity, HDD capacity and the cost of other components you may require if you’re building from the ground up, and then weigh it against the likelihood of winning the “lottery” that allocates Chia rewards.

Fortunately there are handy online calculators that will do much of the heavy lifting for you, enabling you to calculate your estimated earnings based on the number of plots you’d like to farm, your hardware costs, and the current price of XCH.

Once you’ve assembled your build, you’ll need to head on over to Chia’s website to install Chia. Clicking on “Install Chia blockchain” will take you to the project’s Github page, where you’ll be able to select from a range of supported OS options (including Windows, MacOS and Ubuntu) and download the relevant installer. Once you’ve installed Chia, you can set up a wallet. Image: Chia

Having downloaded and run the installer, you’ll be greeted with a screen giving you the option to create a new private key or import an existing private key. Click on “create a new private key.” This will generate your 24-word seed phrase, which you should write down and store in a safe place (it’s best not to take a photo of it or store it in a cloud drive, as these can be compromised and could enable someone else to access your funds). Once you’ve clicked through to the main interface, click on “Plots,” then “Add a plot.” This is where you’ll allocate drive space to your Chia plots.

On this screen, you can choose the size of your plot (typically just over 100GB), the number of plots on your drive and set up a queue of plots to run in series. You’ll also need to define your temporary and final directories. The temporary directory is where plots are initially created (usually on a fast SSD), and the final directory is where they’re stored for farming, waiting to be compared against the block challenge (typically on a commercial-grade HDD). Once you’ve installed Chia, it’ll take a while for the blockchain to sync up before you can begin farming, though you can set to work on plotting straight away.

What’s next for Chia?

Chia has had a remarkable launch; even before it went live it was reportedly causing shortages of hard drives across Southeast Asia. At the time, the Chia network was about 600 petabytes in size; by May 2021 it had reached 10 exabytes. Like Ethereum miners snapping up GPUs, Chia farmers have raced to get their hands on hard drives, with Chia Network president Gene Hoffman conceding that “we’ve kind of destroyed the short-term supply chain.”

One group that isn’t complaining is hard drive manufacturers, who saw their stock prices unexpectedly boosted by the sudden surge in demand for their product.

Chia Network itself has more than doubled its valuation to $500 million, after raising $61 million from investors including Andreessen Horowitz, Richmond Global Ventures, and Breyer Capital. Hoffman called the funding “rocket fuel” for hiring and revealed plans for an IPO or a public listing via a SPAC merger as soon as this year.

Meanwhile, the company plans to advance its mission of achieving institutional adoption for its trading and payment system. “Chia is what Bitcoin would look like if it was designed with knowledge from the last 13 years,” David Frazee, managing partner at Richmond Global Ventures, told Bloomberg. It’s a lofty ambition—but with Bitcoin coming under fire for its environmental impact, there may yet be an opening for an eco-friendly cryptocurrency.